Our friends at America’s Freedom Fighters are back with a devastating review of President Barack Obama’s time in office.

The Left, race-baiters that they are, would love to focus exclusively on the fact that Obama made history as America’s first black president, and use that fact to pretend opposition to his agenda was really about America’s racism that they claim has alway simmered below the surface.

Well, Obama made history in a lot of other ways from 2008 to January 2017 — most of them epically bad. Dean James lays out the truth:

The full list is much, much longer; head on over to AFF to check it out. They also provide this handy rundown of some of the less prestigious records Obama broke: 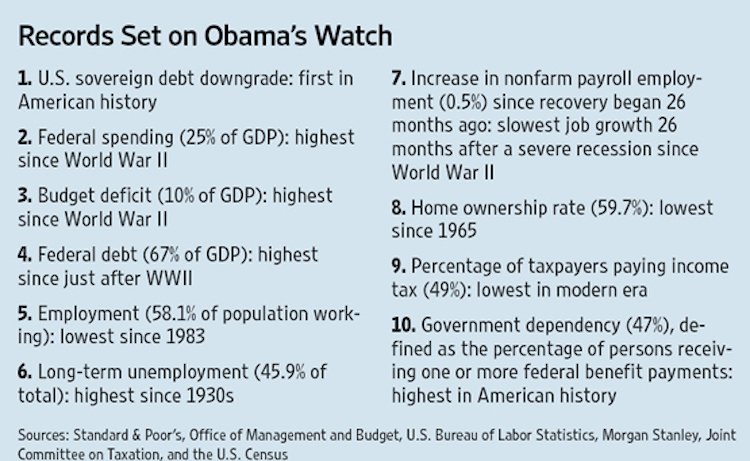 Yet somehow, the apologists for this utter disaster of a president have the gall to complain about Donald Trump’s handling of the job?

The Trump administration has been working hard to undo the damage Obama inflicted on the country, but considering the almost unfathomable scope of it all, it’s going to take time…