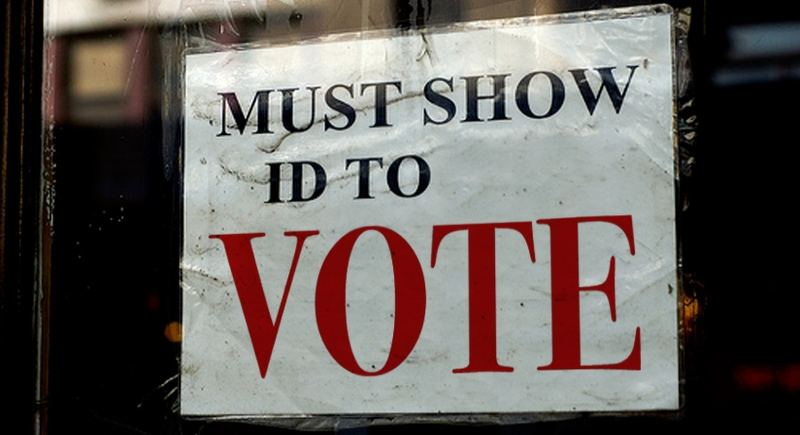 For years Democrats have fought voter ID laws as hard as they could, claiming they’re nothing more than a Republican attempt to suppress minority votes and that voter fraud is a total non-issue. Now it appears Democrats are losing this battle:

The Left and President Obama are losing their fight to block the widespread introduction of voter ID cards. In courts of law and the court of public opinion, the issue is gaining traction. With few exceptions, liberal pressure groups have lost lawsuits in state after state, with courts tossing out their faux claims that ID laws are discriminatory, unconstitutional or suppress minority voting.

Polls show that a large majorities including Republicans, Democrats, whites, blacks and Hispanics support voter ID as a common-sense reform. The myth that voter ID is a new Jim Crow-type effort to reduce minority voting is widely rejected for the rubbish that it is — except by academia and the glitterati of the mainstream media. One Rasmussen poll found that 72 percent of the public believes all voters should prove their identities before being allowed to cast ballots, and also that when it comes to voter ID, “opinions have not changed much over the years.”

Properly drafted voter ID laws, with safeguards against absentee ballot fraud and strict limits on laws that allow people to register and vote on Election Day, improve public confidence in elections. Even though in-person voter fraud isn’t rampant, it is easy for fraudsters to commit it without getting caught.

A map from the U.S. Census Bureau gives us a picture comparing Non-Hispanic White and Black Voting Rates in 2012: 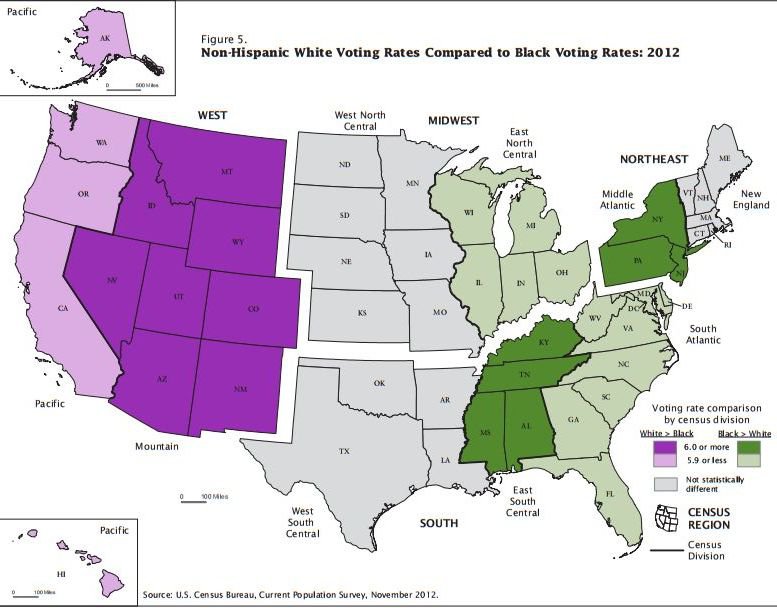 In several states, the black voting rate exceeds that of whites! The states in shades of green had a higher rate of black voter turnout than white.

States like Tennessee, Georgia, and Indiana, with strict photo ID laws in effect, had greater participation rates among blacks in 2012. So whatever purportedly “racist” ID laws are being put into place there are not having much of an impact.

Minority voter turnout has steadily increased since 1996 – and was higher than white turnout in 2012 – and nearly every time these laws have been challenged in the courts they have been upheld.

The results are clear, requiring an ID before being allowed to vote does not suppress minority participation and results in elections that are clean and fair.

Do you think an ID should ALWAYS be required before voting?