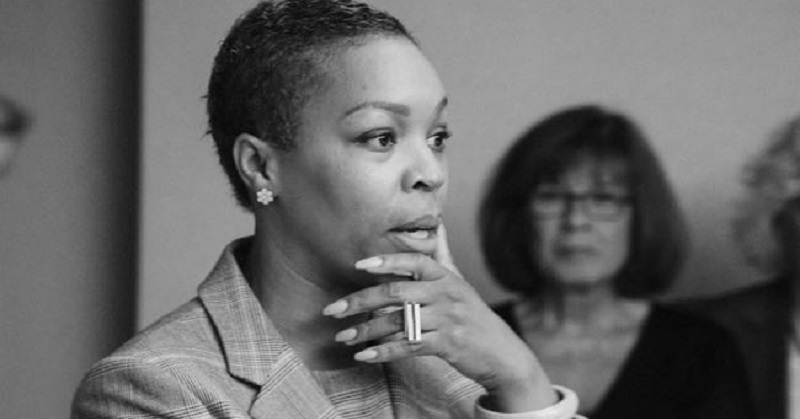 Want to turn a liberal into a conservative? Introduce them to the real world.

That happened to Maya Dillard Smith, former director of the Georgia chapter of the ACLU. She stepped down after seeing her daughters “frightened” by biological males using the women’s restroom.

The group has been increasingly focusing on transgender issues, advocating for “gender neutral” restrooms and permitting biological males to use women’s restrooms, LifeSiteNews is reporting.

“I have shared my personal experience of having taken my elementary school age daughters into a women’s restroom when shortly after three transgender young adults, over six feet [tall] with deep voices, entered,” she wrote.

“My children were visibly frightened, concerned about their safety and left asking lots of questions for which I, like many parents, was ill-prepared to answer,” she continued. “I found myself principally and philosophically unaligned with the organization.”

“I understood it to be the ACLU’s goal to delicately balance competing rights to ensure that any infringements are narrowly tailored, that they do not create a hierarchy of rights, and that we are mindful of unintended consequences,” she said.

“I believe there are solutions that can provide accommodations for transgender people and balance the need to ensure women and girls are safe from those who might have malicious intent,” she said.

She has started a new website, FindingMiddleGround.com, that seems to look for a middle ground between privacy rights and transgender rights.

Reaction to Dillard Smith’s resignation was fierce. Cheryl Courtney-Evans, writing on her blog “A Bitch For Justice,” railed against Dillard Smith, saying she should “STFU,” calling her a “bitch” and “stupid as sh*t.”

These people continue to display their disrespect, devaluation and attempts to discredit our gender identities by expressing that bull feces meme about “men dressing as women” and “what if a boy decides he wants to be a women one day” (as if trans*people are not BORN with gender dysphoria [look it up, Maya; you’re obviously ill-educated]; every bit as valid as gays, lesbians and bisexuals….or even straights)! NO ONE just wakes up and makes a decision to be at the bottom of the social acceptance totem pole.

Dillard Smith has some serious chops as a liberal. She earned a degree in economics from Berkeley and a master’s degree at Harvard, while working for the Ninth Circuit Court of Appeals and the California Supreme Court.

She is a 2003 graduate of the program Emerge America, which states its “goal is clear: to increase the number of Democratic women in public office.”

She was also one of only three black state ACLU directors in the country.