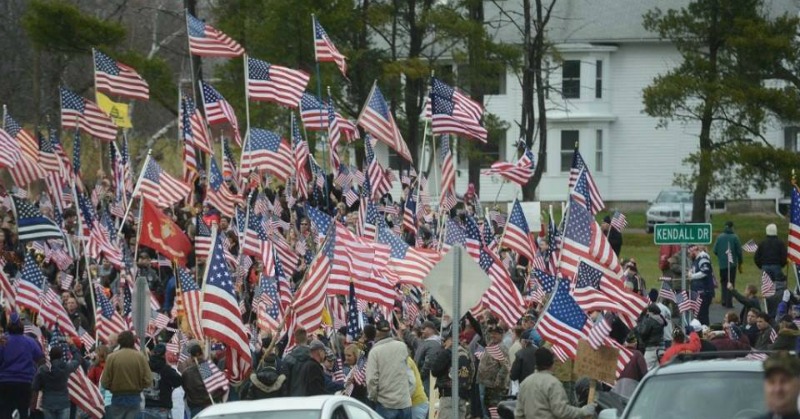 The Federalist Papers Project recently reported how Hampshire College chose to remove all flags from campus after one of their students took it down and burned it after the election. Rather than expel the student for stealing and vandalizing school property, they chose instead to remove the flags.

From the recent article:

Hampshire College in Amherst, Massachusetts has decided not to fly the United States flag for the time being. Their decision came after a series of events — following the presidential election, the flag was lowered to half-staff and then on the night before Veteran’s Day, the flag was burnt.

The Left’s intolerance truly knows no bounds, and we have been deluged with story after story that has shown just that on a level that is shocking, even coming from them.

When the Left doesn’t get their way, this is how they react. Conservatives weren’t too happy about President Obama’s election in 2008, or 2012, but do you recall the right acting this way? Nope. While it’s unclear who actually burned the flag, as Jha noted, “the flag should not have been lowered in the first place.”

Yesterday, Veterans from around the New England area decided to let Hampshire College know exactly how they felt about their ridiculous decision.

Around 1,000 veterans gathered at a western Massachusetts college Sunday to protest the school’s decision to stop flying all flags, including U.S. flags, after students allegedly burned a flag in protest of Donald Trump’s election victory.

Hampshire College in Amherst outraged many with its decision to remove all flags from campus. Protesters expressed their displeasure and hoped to reach out to students during their demonstration.

You can watch video of the protest below: