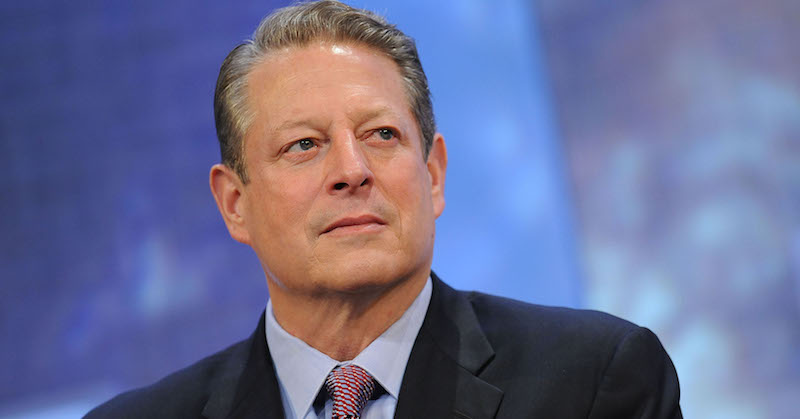 It’s only 23 days and change until human civilization burns into cinders under the death shroud that is “climate change.”

Ten years ago, Al Gore made a nightmarish prediction that by this month, the world would end. Here’s how CBS reported it:

The former vice president came to town for the premiere of “An Inconvenient Truth,” a documentary chronicling what has become his crusade since losing the 2000 presidential election: Educating the masses that global warming is about to toast our ecology and our way of life.

Gore has been saying it for decades, since a college class in the 1960s convinced him that greenhouse gases from oil, coal and other carbon emissions were trapping the sun’s heat in the atmosphere, resulting in a glacial meltdown that could flood much of the planet.

Americans have been hearing it for decades, wavering between belief and skepticism that it all may just be a natural part of Earth’s cyclical warming and cooling phases.

And politicians and corporations have been ignoring the issue for decades, to the point that unless drastic measures to reduce greenhouse gases are taken within the next 10 years, the world will reach a point of no return, Gore said.

He sees the situation as “a true planetary emergency.”

“If you accept the truth of that, then nothing else really matters that much,” Gore said in an interview with The Associated Press. “We have to organize quickly to come up with a coherent and really strong response, and that’s what I’m devoting myself to.”

Well, it’s been ten years. Have we reached “planetary emergency levels?” Not quite.

Limbaugh laughed at Gore’s 10 year prediction in 2006 saying on his radio show, “Now, the last time I heard some liberal talk about ‘ten years’ it was 1988, Ted Danson. We had ten years to save the oceans; we were all going to pay the consequences, which would result in our death. Now Al Gore says we’ve got ten years. Ten years left to save the planet from a scorching.”

He added, “Okay, we’re going to start counting. This is January 27th, 2006. We will begin the count, ladies and gentlemen. This is just… You have to love these people — from afar, and from a purely observational point of view.”

Climate models scientists referred to for the past six decades were incorrect, a working paper released in December by CATO scientists Patrick Michaels and Chip Knappenberger said. Both Michaels and Knappenberger discovered the models over-projected the warming rates than what actually happened.

“During all periods from 10 years (2006-2015) to 65 (1951-2015) years in length, the observed temperature trend lies in the lower half of the collection of climate model simulations,” Michaels and Knappenberger said, “and for several periods it lies very close (or even below) the 2.5th percentile of all the model runs.”