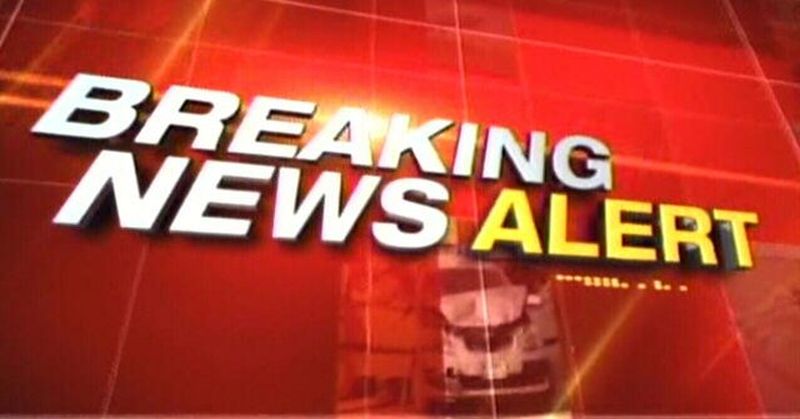 Cops have been put on high alert as racist groups sympathetic to the Black Lives Matter movement openly declare war on law enforcement.

Groups like the New Black Panther Party and the African American Defense League are calling on their followers to attack law enforcement nationwide.

“WE ARE CALLING ON THE GANGS ACROSS THE NATION! ATTACK EVERYTHING IN BLUE EXCEPT THE MAIL MAN, UNLESS HE IS CARRYING MORE THAN MAIL!,” Dr. Mauricelm-Lei Millere, an “advisor” to the New Black Panther Party and head of the African American Defense League posted on Facebook on Friday. The message was accompanied by an image of blue and red fists embracing each other and the hashtag #BloodsAndCripsUnite, in reference to the notorious street gangs, which are typically rivals, Voactivreports 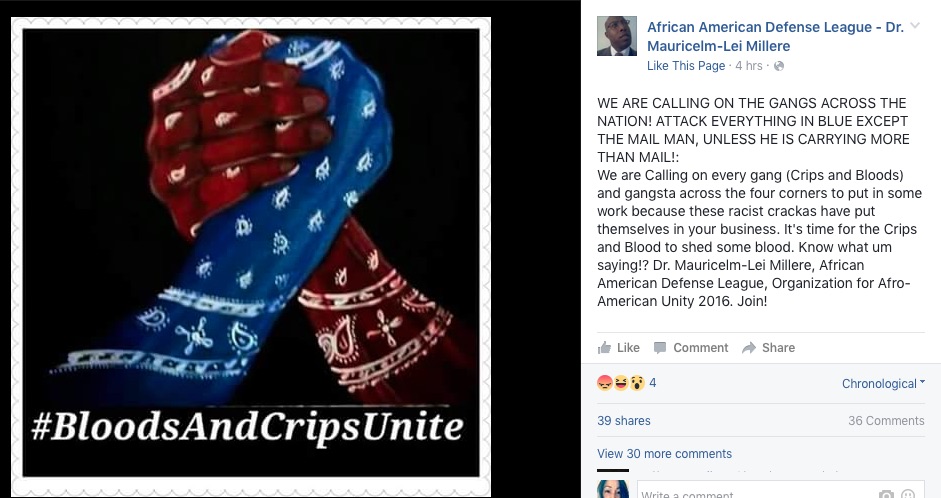 He went on: “We are Calling [sic] on every gang (Crips and Bloods) and gangsta across the four corners to put in some work because these racist crackas have put themselves in your business. It’s time for the Crips and Blood to shed some blood. Know what um saying!?” In another post, he encouraged people to also kill firemen because “they are on the same side” as the police.

Others are spreading the message:

For the record, Black Lives Matter officially disavows the endorsement of violent, but there can be no doubt that their rhetoric is the fuel these groups need to slaughter innocents.

Meanwhile, the FBI has issued an alert to Louisiana law enforcement warning them of impending violence in the aftermath of the Dallas shootings. Judicial Watch got a copy of a report with the warning:

Titled “Violence Against Law Enforcement Officers and Riots Planned for 8-10 July 2016,” the alert warns that “multiple groups are calling for or planning riots and/or violence against law enforcement in Baton Rouge and Shreveport, Louisiana beginning Friday July 8 2016 and continuing through at least July 10, 2016. The document is labeled “FOUO” (For Official Use Only), a term the government uses to mark sensitive information that’s not classified. It was issued by the New Orleans division of the FBI. The agency did not respond to multiple calls from Judicial Watch for comment.

Responding to the threats, police around the country have been ordered to begin patrolling in pairs to possibly ward off attacks.

Officers have been instructed to ride with partners in Washington, Boston, New York, Philadelphia, Los Angeles and St. Louis, among others.

Terry Cunningham, the president of the International Association of Chiefs of Police and chief of the Wellesley, Mass., police, said street officers “really are going to have to have vigilance. Any traffic stop, at any time, can be deadly. I don’t know what this means. I don’t know if this means more violence perpetrated toward law enforcement as a result of this.”