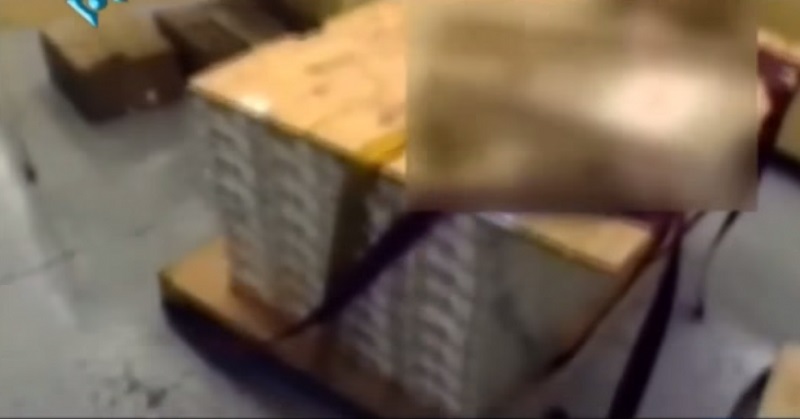 In the ongoing drip, drip, drip of information, Iran has released a video showing Barack Obama’s $400 million “ransom” to Iran in exchange for the four American hostages.

The money was sent to Iran at the same time that the hostages were freed. In fact, one hostage said their plane sat on the tarmac until the secret shipment of cash arrived.

Doc on #Iran TV, Feb15, shows pallets of cash, says this was just part of the "expensive price" to release Americans pic.twitter.com/ztTvER3tvT

Initially GOP nominee Donald Trump said he saw the video of the $400 million payment, then walked it back, explaining he only saw a plane carrying hostages. Nevertheless, this video has surfaced. It was part of an Iranian documentary originally shown back on Feb. 15 – one month after the “ransom payment” and the release of hostages. A BBC translator said the narrator of the clip says the pallet of foreign currency was only a small part of the “expensive price” the United States paid for the hostages.

Obama has insisted that the $400 million in unmarked foreign currency was not a ransom payment, but the first installment of a repayment of money that was frozen by the United States for decades.

However, a Wall Street Journal report indicates that Iranian officials called it a “ransom payment” and were insistent upon receiving the money to prove they got something in return for releasing the hostages.

In an interview with Saeed Abidini, one of the hostages, he said that the plane was not permitted to take off from Tehran airport until the plane with the cash arrived first.