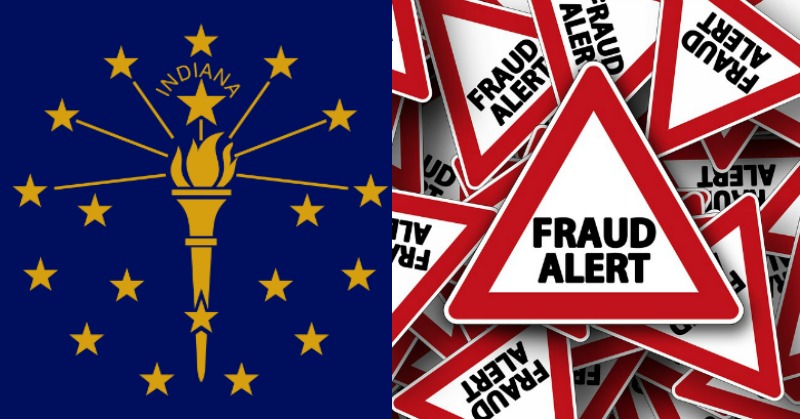 It’s that time of year, everyone — Democrat voter fraud season. You can smell the desperation in the air as Dems feverishly work to make sure illegals, felons, and their favorite, the dead, get out and vote.

In the latest case, Indiana has been racked by voter fraud as Indiana State Police investigators raided a voter registration agency in Indianapolis on Tuesday. The raid occurred as the investigation into voter fraud has expanded to nine counties in the state, according to the Washington Examiner.

Indiana State police discussed the expanded voter fraud investigation in a statement: “Information has expanded from the original involved counties of Hendricks and Marion to also include the counties of Allen, Delaware, Hamilton, Hancock, Johnson, Lake and Madison.”

According to police, the investigation began in late August when they learned of the filing of 10 fraudulent voter registration forms in Marion and Hendricks counties.

The results of the search of the Indiana Voter Registration Project in downtown Indianapolis are not yet being released, and the affidavit and search warrant remain sealed for 30 days.

“An investigation of this nature is complex, time consuming and is expected to continue for several more weeks or months,” the Indiana State Police said.

“Victims of the activities by some agents of the Indiana Voter Registration Project may not discover they have been disenfranchised from voting until they go to vote and realize their voting information has been altered. Such action may result in the citizen having to cast a provisional ballot,” Indiana State Police added.

The possible fraudulent information includes a combination of fake information, such as fake names, addresses, and dates of birth, that is mixed together with real information, according to the Indy Star.

According to police, the number of counties involved leads them to believe that there could be hundreds of fraudulent voter records.

But wait you guys, the Democrats claimed that voter fraud is no big whoop and the mean old Republicans were keeping people from voting — even though it’s the Dems that said nothing as members of the New Black Panther Party have intimidated voters, including black voters, as they attempted to vote over the years.

We’ve reported case after case of voter fraud cropping up across the country, including the vulnerability of election systems as they have been targeted for hacks, and it isn’t likely to let up as Republican concern over the integrity over our election systems is proven right again and again.