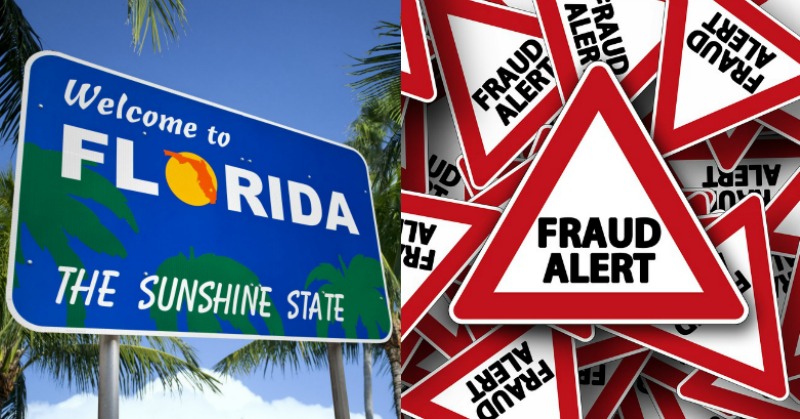 Here we go again, with yet another case of voter fraud that the left claims isn’t real. In Florida, people had their absentee ballots stolen and filled out, and their signatures forged, according to the Orlando Sentinel.

The Orlando Sentinel reported on the fraud that occurred in Seminole County, Florida:

By mid-October, Susan Halperin became concerned that she and her husband hadn’t received their absentee ballots in the mail.

So Lawrence Halperin called the Seminole County Supervisor of Elections Office to find out what was going on. He was stunned to learn their ballots had already been cast. Someone had stolen the Halperins’ ballots, faked their signatures and voted.

“He was just floored,” said Susan Halperin, a registered Democrat. “To think that someone would actually steal my ballot and fill it out is creepy.”

The Halperins, who live in the Spring Valley neighborhood of Altamonte Springs just south of State Road 436, weren’t the only victims. Supervisor of Elections Mike Ertel said they were among five voters in three homes in Spring Valley whose absentee ballots were stolen and then fraudulently submitted with votes cast by someone else.

In Seminole County, there are about 15,000 more registered Republicans than Democrats. It’s unclear who the ballots ended up being cast for, and Seminole County Supervisor of Elections Mike Ertel would not say who the forged ballots were cast in favor of. Both Republican and Democrat voters had their ballots stolen and fraudulently signed.

According to Ertel, this is the first time a case like this has occurred since he assumed his current role in 2005.

Those individuals who had their ballots stolen were able to get a new ballot and cast their votes.

Despite the mounting evidence, President Obama and the left would have us all believe that voter fraud is a myth (except of course when they invoke the so-called Russian threat).

Voter fraud, which we have seen on a seemingly regular basis lately, is no big deal to the left (gee, I wonder why?), but the alleged threat of Russia manipulating U.S. elections spurred the Obama administration to call for federalizing the elections systems.