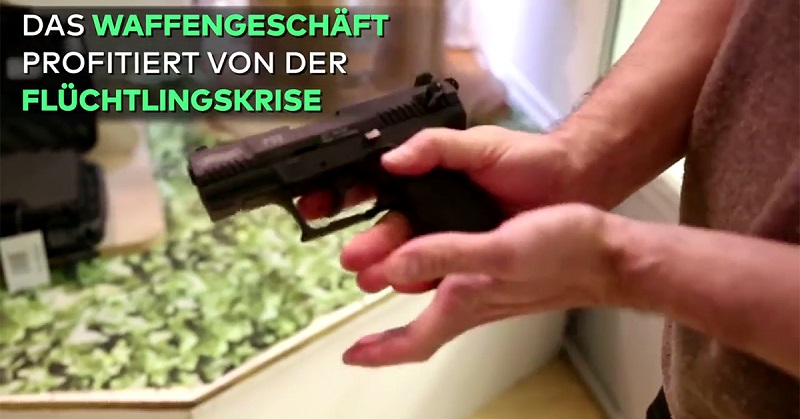 With migrants flooding in by the thousands, (up to one million!) Germans are preparing to defend themselves any way they can, but without a Second Amendment, they’re finding it difficult.

All across the country – and in a country with some of the strictest gun control on the continent – Germans are buying up non-lethal self-defense weapons, like pepper spray, gas pistols, flare guns and animal repellants, the Gatestone Institute is reporting.

German officials insist the recent interest in self-defense has nothing to do with the onslaught of refugees from the Middle East or the spike in violent crime recently.

But the headlines from their own newspapers tell a different story:

In recent weeks, German newspapers have published dozens of stories with headlines such as: “Germany is Afraid — And Grabs for the Weapon,” “Germans are Arming Themselves: The Demand for Weapons Explodes

,” “More and More People are Buying a Weapon,” “Security: Hands Up!

” “The Need for Security Increases,” “Boom in Weapons Stores,” and “Bavarians are Arming Themselves— Afraid of Refugees?

Nationwide sales of pepper spray are up 600 percent in the last five months and a company that manufactures self-defense products like pepper spray is reporting sales are up five-fold.

Another manufacturer of self-defense products, the Frankfurt-based company DEF-TEC Defense Technology, has reported a 600% increase in sales this fall. According to CEO Kai Prase:

“Things took off beginning in September. Since then, our dealers have been totally overrun. We have never experienced anything like this in the 21 years of our corporate history. Fear: This is not rational. The important term is: ‘refugee crisis.'”

The same story is being repeated across Germany. According to the public broadcaster, Mitteldeutscher Rundfunk, citizens in Saxony can regularly be seen queuing up in large numbers waiting for gun shops to open.

A store owner in the Saxon town of Pirna said he is now selling up to 200 cans of pepper spray each day, compared to five cans a week before the migrant crisis began. He said he is seeing many new customers who are not the typical clientele, including women of all ages and men who are buying weapons for their wives.

Günter Fritz, the owner of a gun shop in Ebersbach, another town in Saxony, told RTL News, “Since September, all over Germany, also at my shop, sales of self-defense products have exploded.” He added that his clients come from all walks of life, ranging “from the professor to the retired lady. All are afraid.”