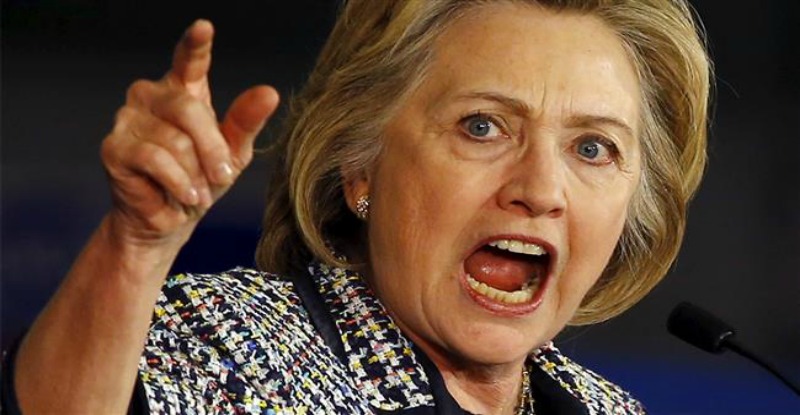 A second Washington State elector has said he is not voting for Hillary Clinton, despite the state-wide outcome of the presidential election.

On Saturday, we reported that Robert Satiacum, one of Washington’s 12 electors to the Electoral College, said he will not cast his ballot for Clinton, whom he calls a “criminal.”

Instead, he’s going to cast his ballot for Bernie Sanders.

Now comes word that another Democrat elector said he will likely not vote for Clinton either.

Bret Chaifalo, another Bernie supporter, told the Seattle Times that he is considering being a “conscientious elector” and voting for the person who would be the best president – Sanders.

“I have no specific plans, but I have not ruled out that possibility,” he said.

Speaking with The Seattle Times by phone from the site of protests against the Dakota Access Pipeline, he said he did not trust Clinton on tribal or environmental issues, and expressed anger that the Obama administration has not halted the project. The Associated Press first reported his decision Friday.

Satiacum, 56, was picked as one of 12 Democratic electors at Washington’s Democratic Party convention this year in Tacoma — a gathering dominated by supporters of Sanders, who won the state’s caucuses in March.

A candidate needs 270 electoral votes to win the election. In all but two states – Maine and Nebraska – the winner of the popular vote is supposed to get all of the state’s electors.

The Electoral College will meet Dec. 19 at their respective state capitols to cast their ballots. There is no constitutional requirement that electors follow their states’ popular votes (the Founding Fathers planned it this way), but many states have so-called “faithless electors” rules and laws that can be imposed on an elector who bucks the popular vote.

Chiafalo, 37, said he believes state laws that impose fines or other punishments for electors who do not follow the popular vote are unconstitutional.

He plans to create a website to educate electors from all political parties about their rights. The point is to raise awareness about the Electoral College.

“I don’t think it’s anyone’s intention to try to do something crazy just to mix things up,” he said.

Chiafalo said he believes the U.S. should ditch the Electoral College system because it is outdated in a modern society, “but as long as it is the law of the land we need to be honest about it and respect it.”