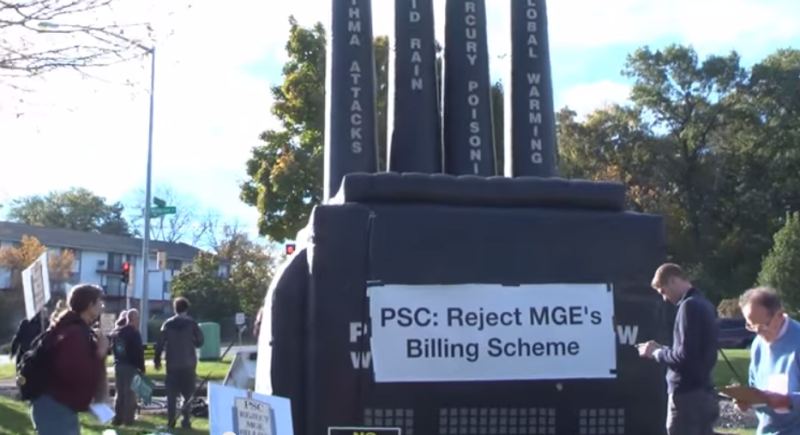 Demonstrators in Madison, Wisconsin protested outside the Public Service Commission chanting, “Coal has got to go!” as their solar-powered smokestack withered to the ground after the solar battery failed to maintain the balloon’s inflation. 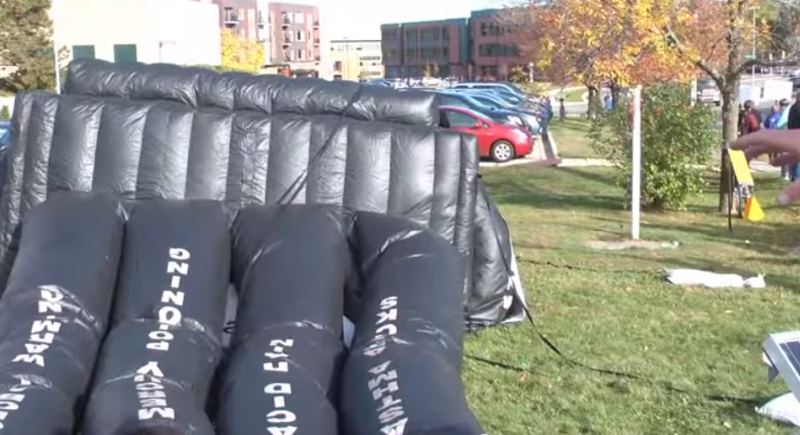 Hilariously, the group admits that they’d usually plug the fan into a gas-powered generator.

Via the MacIver Institute:

Demonstrators gathered outside the Public Service Commission to protest against a requested rate structure change by the local utility company, Madison Gas and Electric (MG&E). During the protest, they decried the use of “dirty coal” and called for more renewable energy.

To make their point, they had a blow-up coal power plant that was running on a fan powered by wind and solar charged batteries. Before the protest was over, however, the batteries died and their solar panel could not produce enough energy to keep the power plant standing upright.

Personally I would like to see a future where we get all of our power from clean energy and know that someday that will be a reality.

But government cannot dictate it into existence. It has to come because the market demands it and the technology has to actually work.

Germany is trying to force green energy into existence and it’s been a complete disaster.