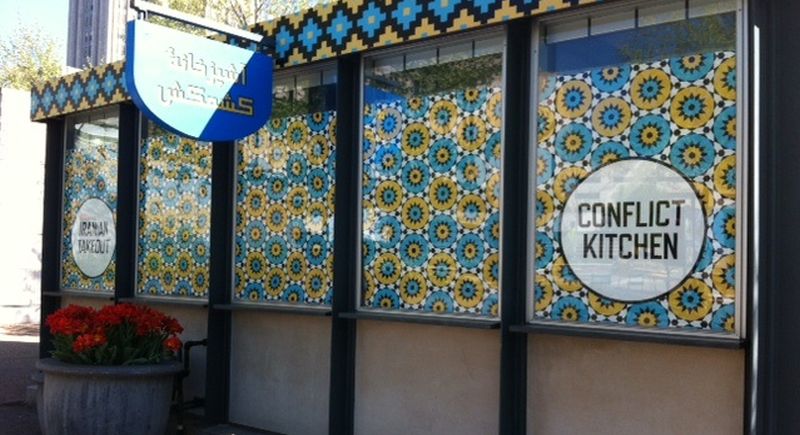 The fact that John Kerry’s wife funds a restaurant that hands out vile anti-Israel propaganda certainly helps to explain why John Kerry is so hostile towards Israel, and why he’s the perfect partner for the anti-Semitic Barack Obama. 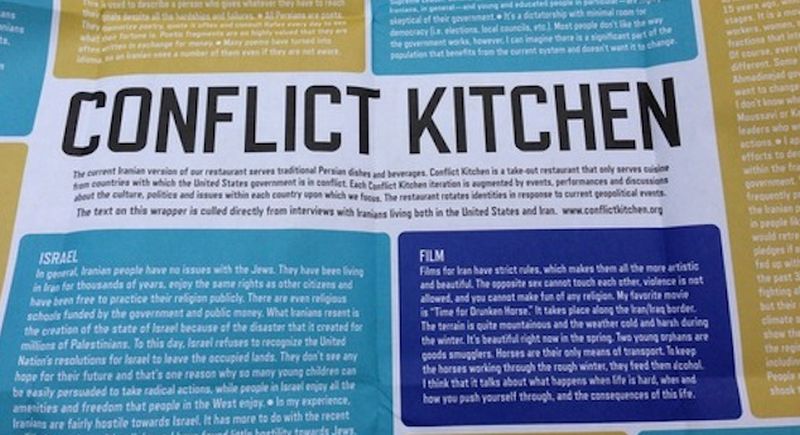 A pop-up restaurant that hands out anti-Israel propaganda with each of its sandwiches has received funding from a foundation run by Secretary of State John Kerry’s wife.

Conflict Kitchen, a pop-up restaurant located at the intersection of Carnegie Mellon University and Pittsburgh University, seeks to use food to educate locals and college students about countries that are allegedly in conflict with the United States.

It recently began serving Palestinian food wrapped in leaflets that include quotes from Palestinians defending terrorism and opposing the existence of Israel.

“How can you compare Israeli F-16s, which are some of the best military planes in the world, to a few hundred homemade rockets?” states one quote on the wrapper, a reference to Hamas rocket attacks against Israelis. “You’re pushing them to the absolute extreme. So what do you expect?”

“Palestinians are not going to just let [Israel] in and drop their arms,” it adds. “No, they’re going to kill and they are going to die.”

The statements on the wrappers were taken from interviews with Palestinians. They are published without quotation marks and do not appear to be edited for accuracy.

Another section of the wrapper refers to the creation of Israel as “an intentional and ongoing offensive.” It also alleges that Israel deliberately blocks Palestinians from obtaining drinking water, opposes non-Jews from becoming citizens, and has assassinated or imprisoned all of the non-corrupt Palestinian leaders.

According to the wrapper, Conflict Kitchen is supported in part by the Heinz Endowment, which is chaired by Kerry’s wife, Teresa Heinz Kerry.

A spokesman for the Heinz Endowment told the Washington Free Beacon that it gave Conflict Kitchen a $50,000 grant last April to support its relocation to another site in Pittsburgh.

A spokesman for Heinz confirmed to the Free Beacon that the organization has been funding Conflict Kitchen, and stated, “The opinions of Conflict Kitchen do not represent those of the Heinz Endowment.”

Capital Research, which tracks foundations, stated on its website, “Mrs. Kerry has funneled millions of dollars to radical left-wing environmentalists.”

“Israel needs to be held accountable for what it’s done and what it’s doing,” Boas said. “This is not a symmetrical issue. Israel is the occupying force, and the Palestinians are the occupied people,” the Jewish Chronicle reported.

What do you make of this? Do you think it’s a conflict of interest for John Kerry to be Secretary of State while his wife funds anti-Israeli propaganda?