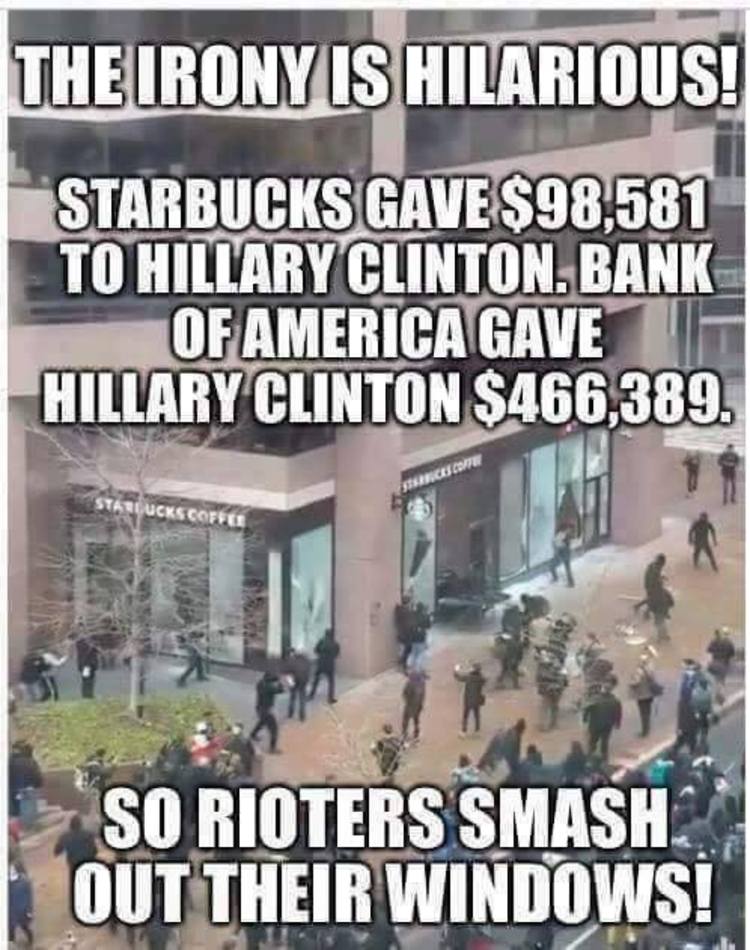 Seth Connell reports as the inauguration ceremony draws closer, Leftist agitators are stepping up to the plate and wreaking as much havoc as they can, just because.

Protesters, donning all-black clothing, took to the streets in Washington and are smashing anything in sight and disturbing as much as they can. Looks reminiscent of Baltimore during the Freddie Gray riots.

Protesters just smashed the windows of this limo, threw in a flare pic.twitter.com/KMeXIbzBHH

A riot is breaking out. They smashed Bank of America and Starbucks #Inauguration pic.twitter.com/ycIcOslZQt

This is the reason Trump Won. Because of Violent fascist criminals like these. #AlreadyMyPresident ?? #Trump pic.twitter.com/0K9jQIh3w0

Here’s even more video evidence of the mass chaos being spread by these Leftist agitators.

Protesters have even gone as far as attacking a reporter covering events leading up to the inauguration.

Members of the group refusefacism.org targeted a reporter with The Daily Caller News Foundation late Thursday evening, destroying personal property in the process.

The group’s protest began Thursday afternoon, the day before President-elect Donald Trump will be sworn into office. An unnamed member of the organization approached TheDCNF reporter Phillip Stucky, requesting he identify himself. Shortly afterward, the “press liaison” was overheard telling protesters, “That guy’s from a conservative news organization, do what it takes to ban him.”

Literally, they called out this reporter because he was from a non-Left wing outlet. I’m sorry, who are the real fascists here?

Ladies and gentlemen, what we have here is a continuing trend of Leftist denial, projection, hysteria, and asinine whining.

For the months leading up to the election, Leftists touted the line “Love Trumps Hate,” and that those who don’t accept the election results are a threat to democracy.

Well, we’ve got millions of people who are saying that they would love for Trump to be assassinated, and that he is not a legitimate president and that we need to destroy as much as possible because of it.

To all the parents who brought their little kids to that violent protest, shame on you. If you want to #lovetrumpshate you teach them love ?

Violent protests are a fast way to lose the public support. Random storeowner didn’t give Trump a victory..

This is in no way acceptable. The Left continues to show that they learned absolutely nothing from the 2016 election. They will continue to do this, and I anticipate that it will only get worse.

The only result of this will be more and more people flocking to Trump because they find his flaws far more tolerable than the insanity taking place on the Left.

Keep it up guys, you’re digging a pit and falling right into it.