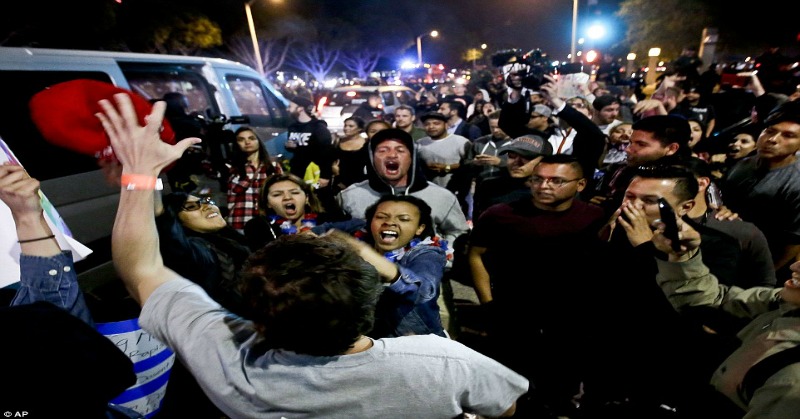 Look, whether you love or hate Trump doesn’t matter. What matters is that he does have the right to speak and run for office.

People also have the right to protest his candidacy and speaking engagements.

What they DO NOT HAVE THE RIGHT TO DO is destroy property or harm others who disagree with them.

That’s what slime ball anti-Trump protesters did at a recent Trump rally in California. 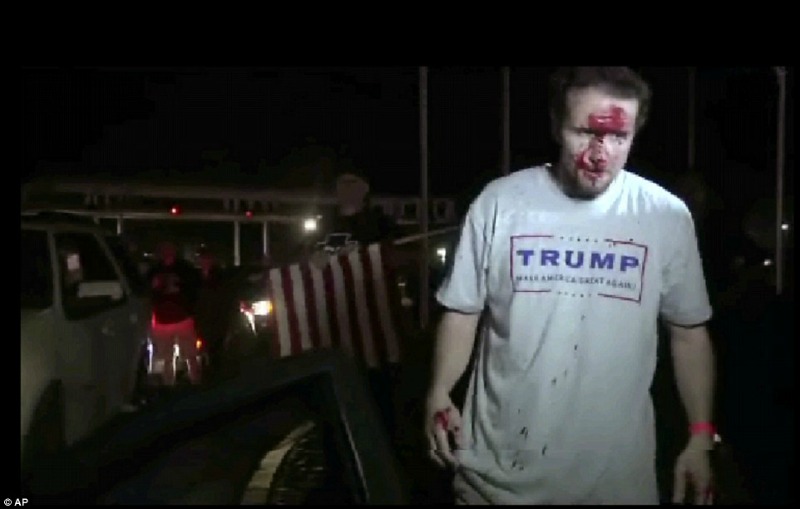 Police clashed with hundreds of protesters outside Donald Trump’s rally in Southern California on Thursday night.

At least one police car was smashed up as hundreds of demonstrators – many of them waving Mexican flags – took to the streets outside the Pacific Amphitheater in Costa Mesa, Orange County where Trump was speaking.

The protesters flooded the street outside the amphitheater with some stomping on cars, hurling rocks at motorists and forcefully declaring their opposition to Trump – bringing traffic to a halt and creating a tense standoff with authorities.

One Trump supporter was pictured with a bloody face after clashing with the anti-Trump activists, many of whom appeared to be young Hispanic people.

And if you’re waving Mexican flags at a Presidential rally, maybe you should go back to Mexico and see how well that goes over while there. 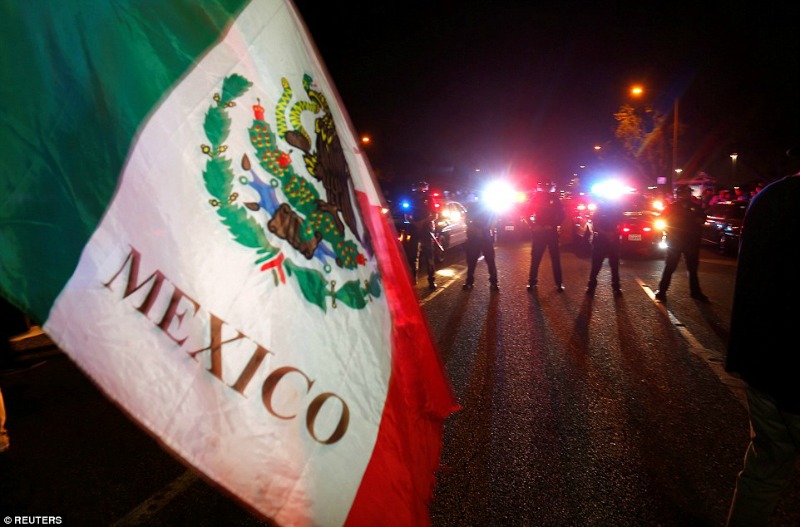 When a protest stops being about waving signs and chanting slogans and turns into criminal activity, YOU LOSE.

Protest all you want but do it in a manner that makes your point valid.

If these people want to be heard, they need to also understand that others need to be heard as well.

Free Speech isn’t about threats and violence. If you don’t like the speech you’re hearing, feel free to tell others about it but DO NOT try to shut free speech down.

When you try to shut free speech down you are doing it for EVERYONE, not just the person’s speech you don’t want to hear.

Violence and criminal activity are NOT what Free Speech is about and neither is trying to force others to shut up. 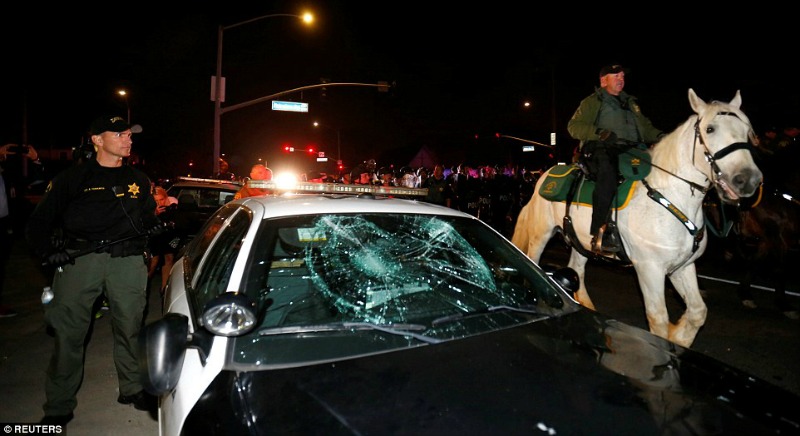 Left wing tools like these always want to be heard but NEVER want their opposition to be heard.

That’s not freedom, that’s totalitarianism. They don’t seem to realize that have more things in common with Trump than not.