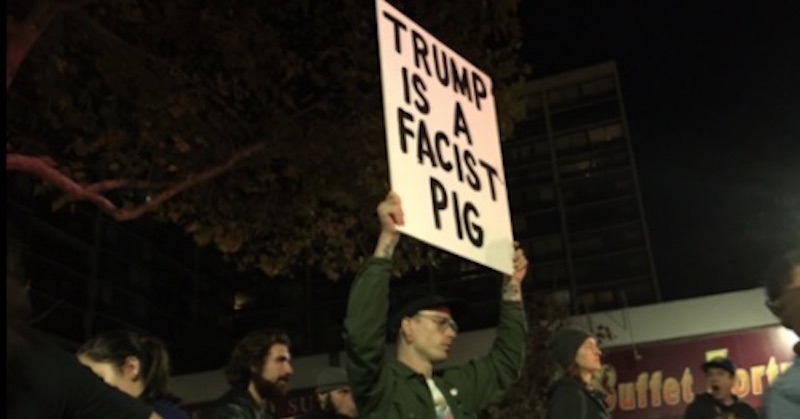 Riots erupted across cities in the U.S. as crowds burned the American Flag and chanted “not our president” following the announcement that Donald Trump is president-elect.

Hundreds of protesters descended into streets in California minutes after the announcement was made, and in Portland, Hillary Clinton supporters were filmed setting fire to the U.S. Flag and shouting “F**k Donald Trump.”

President-Elect Trump was also burned in effigy by some protesters.

Here are some of the images captured at the San Francisco Riots: 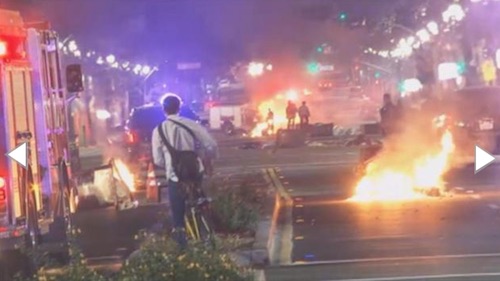 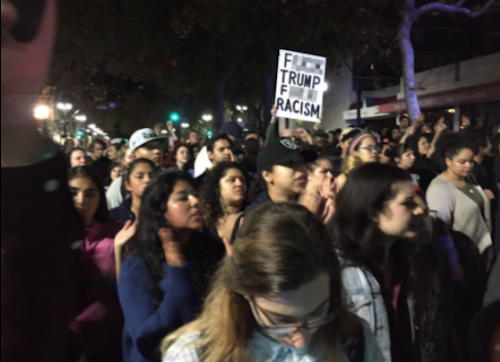 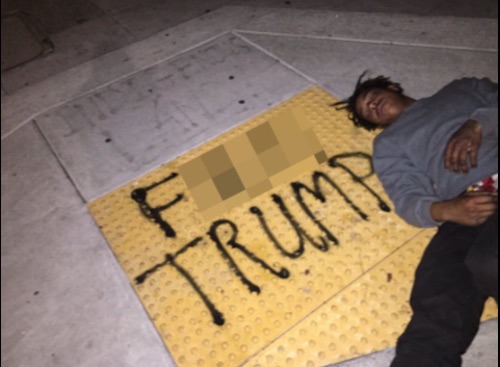 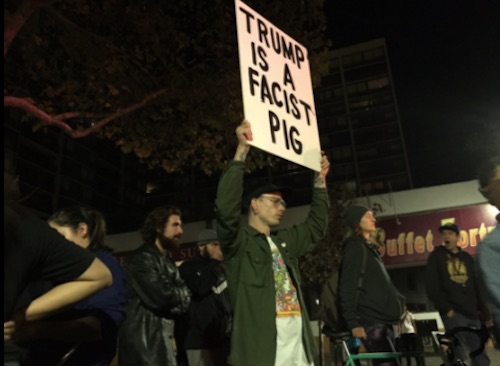 Officers Sean Wilkenfeld said the CHP was responding to reports of a protest at Interstate 880 and Broadway around 12:20 a.m., when they heard of pedestrians running into the eastbound lanes of Highway 24. A Honda Element hit a pedestrian in the No. 2 lane, near Telegraph Avenue.

Protesters surrounded the car and vandalized it. The woman, who sustained major injuries, was taken to an area hospital for treatment. The driver pulled over to the side of the road after the collision and cooperated with officers, Wilkenfeld said.