The Washington D.C. chapter of Antifa sent a message to Texas Republican Sen. Ted Cruz early Tuesday morning after chasing him out of a restaurant, telling the Texas senator that he is “not safe”.

Cruz was dining with his wife, Heidi, on Monday night when a large crowd of protesters flooded the restaurant shouting “we believe survivors,” referring to allegations of sexual misconduct against Judge Brett Kavanaugh, a nominee to the Supreme Court who Cruz supports.

Cruz and his wife promptly left the restaurant.

A recording of the incident was soon tweeted by Smash Racism DC, a branch of Antifa based in Washington, D.C., with the hashtag “#CancelKavanugh.” Hours later, Smash Racism DC doubled down on its harassment of the senator.

“No — you can’t eat in peace — your politics are an attack on all of us You’re [sic] votes are a death wish. Your votes are hate crimes,” Smash Racism DC wrote. “Tonight Senator Ted Cruz arrived at Fiola, an upscale restaurant mere steps from the White House, to enjoy a hearty Italian dinner. He could have dined on a lavish four course meal for only $145 while millions of Americans struggle to buy groceries. He might have sampled from the top shelf wine list as migrant children languish in cages.” 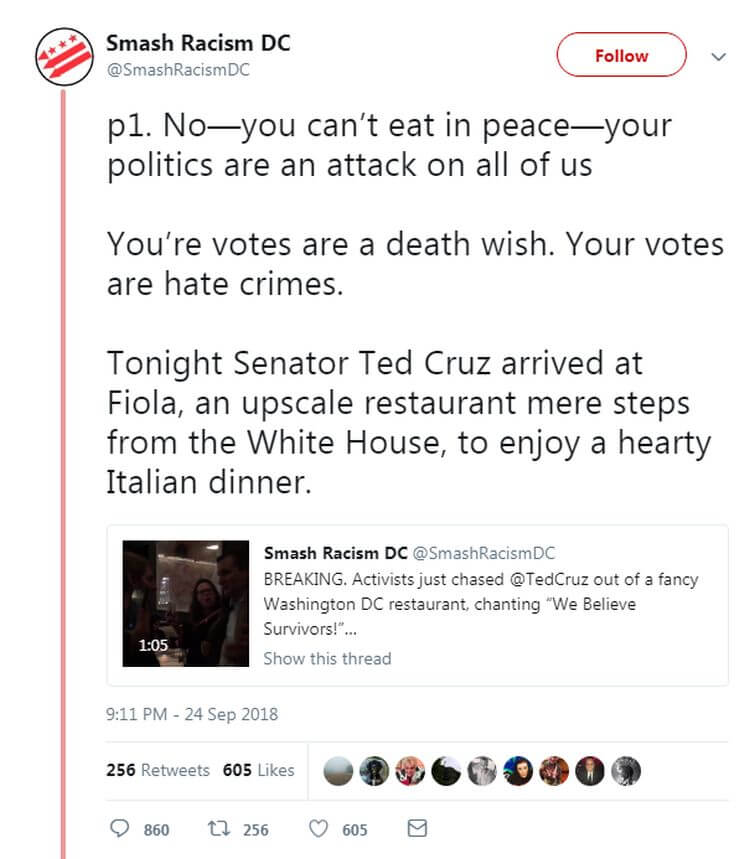 The comment was seemingly in response to President Donald Trump’s “zero-tolerance” immigration policy that separated juveniles from their parents after illegally crossing into the United States. However, Cruz notably proposed legislation to keep illegal immigrant families together.

“He’d have laughed with his wife while women and members of the LGBTQ community collectively gasp in horror as Senator Cruz pushes forward on Bret Kavanaugh’s Supreme Court nomination. At least he could have had activists not interrupted his evening just as he was being seated,” the Antifa group continued. “Instead, activists from Smash Racism DC, Resist This, DC IWW, members of DC Democratic Socialists of America, Anarchists, women, sexual assault survivors, and members of the LGBTQ community interrupted Ted Cruz’s peaceful meal.” 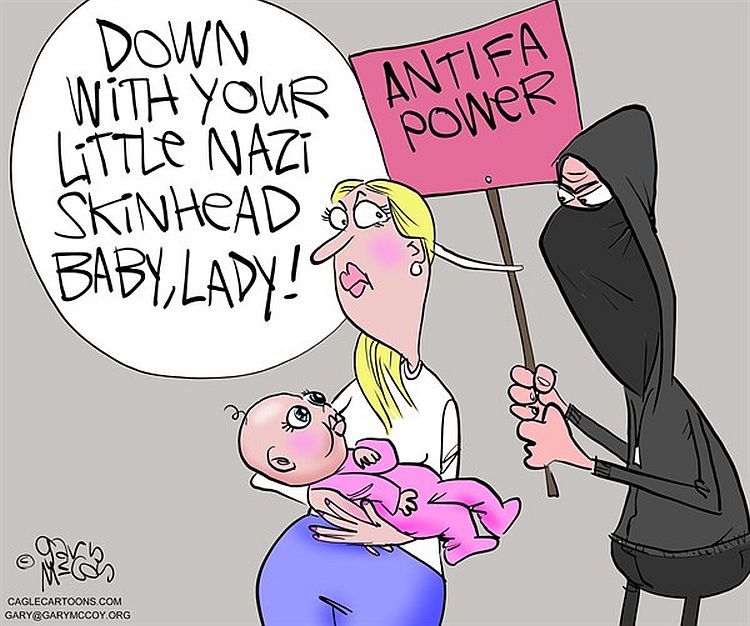 Smash Racism DC further defended the disturbance, saying it “does not compare in scale to the interruptions his actions as a Senator have had on millions of American lives”.

The group then sent a threat directly to Cruz, Kavanaugh, and Trump:

“This is a message to Ted Cruz, Bret [sic] Kavanaugh, Donald Trump and the rest of the racist, sexist, transphobic, and homophobic right-wing scum: You are not safe. We will find you. We will expose you. We will take from you the peace you have taken from so many others.” 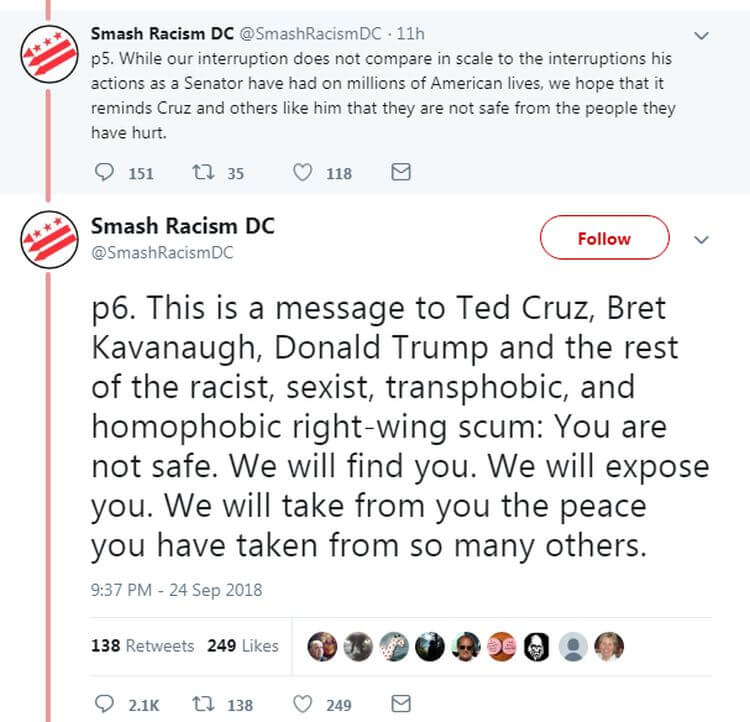 The series of tweets was signed “Sincerely, Some Anti Fascist Hooligans”