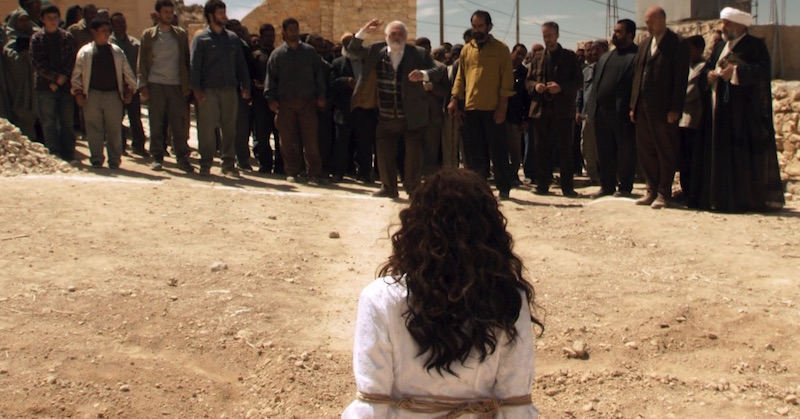 Of all the things Donald Trump has said worthy of a “fact check,” the Associated Press chose this:

Now, perhaps this is a broad overgeneralization. There are millions of Muslims in the United States and other western countries who seem to get by just fine being both Muslims and equal participants in society.

But clearly, the religion itself – and the way it’s practiced in much of the Islamic world – is pretty bad toward women. In fact, one could say “horribly.”

But Calvin Woodward wants to “fact check” this. So let’s break this down.

THE FACTS: No such generalization is supported by the diverse circumstances for women in the Muslim world. The United States has yet to see a woman as president, many years after Muslim women achieved national leadership in other countries, most prominently Pakistani Prime Minister Benazir Bhutto back in the late 1980s and in the 1990s.

Ok. First, Bhutto was assassinated in 2007 in a suicide bomb blast by al-Qaeda – an Islamic terrorist organization. She was also part of an extremely powerful political dynasty – sort of the Hillary Clinton of the Pakistani world. But he goes on:

Some Muslim societies are indeed repressive by Western standards, enforcing or pressing for norms such as clothing that covers all but their eyes or faces; bans on driving, voting and education; and restrictions on interacting with the other sex.

Woodward runs these off like they’re a shopping list. When he says “norms,” he really means “laws that will get you stoned if you disobey.” Women are not permitted an education, the right of self-determination, the right to even go out in public. It’s not “by Western Standards,” Mr. Woodward, it’s by “human” standards.

He then claims that these women – who live under this type of tyranny – justlove it.

But many Muslim women adhere to Islamic norms not out of fear or repression, but in observance of faith and their own preference.

See? It’s ok because these women don’t complain! Not done yet, he finishes by telling us all the fun things that women can do in the Muslim world. Well, some of it at least:

In almost all countries with majority Muslim populations, women set their own dress codes, graduate from universities, interact with men, work as Western women do, hold senior government posts and take part in competitive sports.

“Take part in competitive sports! Well hot damn! They can play soccer! So long as they wear the burqa, don’t mingle with the men, never get an education, drive or do anything resembling normal human activity, they can play soccer!