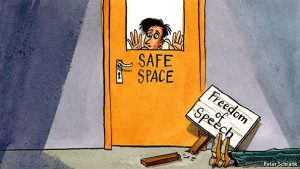 A good friend of mine wrote something interesting this morning. He was referring to the movements by black students on college campuses around the nation and their demands for “safe spaces” in which only black students can be and in which there can be no negative comments, insults, degrading or disparaging remarks, etc.

In these spaces nothing can be said that might hurt their precious feelings.

He wondered if these students know anything about the civil rights movement in the 1960s.

Before the civil rights movement, blacks had safe spaces in society. They were just called by different names. 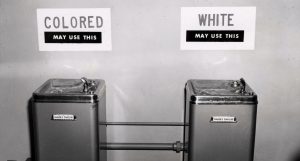 There were signs that told them where the safe spaces were. They said things like “Colored Section,” and “Colored Only.”

There were even signs that told them where they were not safe. Those signs mostly said “Whites Only,” or “Reserved For Whites.” 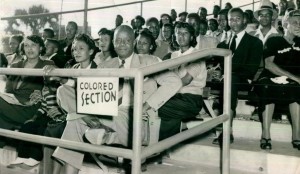 By calling for these segregated safe spaces, aren’t these black students actually demanding we give them segregated areas in which only blacks are allowed? Is that not a reversal of what their grandparents fought so hard to achieve?

Personally, I believe Dr. King would be disgusted by the behavior of these students. I never heard him demand a safe space. He took the insults and disparagement and marched right through them.

These students believe it’s their right to never be offended or have their feelings hurt. I would call them “Pansies” but that analogy doesn’ quite fit.

Pansies, a hardy plant with various color flowers, grow in the adverse conditions of winter and survive almost brutal conditions. To label the students “pansies” would be an insult to the plant.