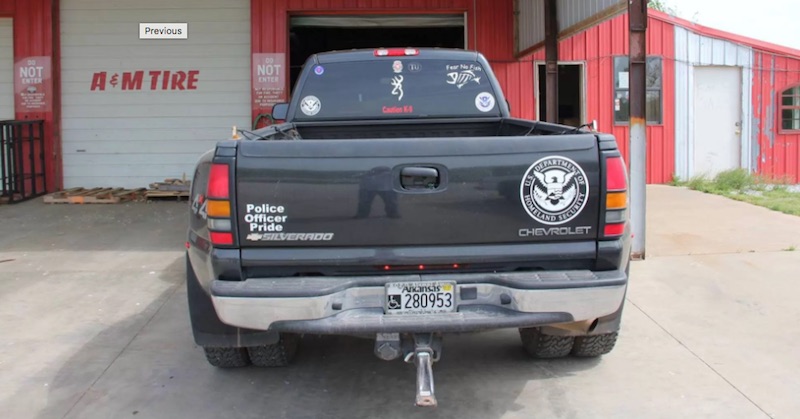 If Gregg Nicholas could make up some business cards, on the front, they’d read:

And on the back, the disclaimer:

Because while he had a big black truck with some pretty official looking stickers and was working on getting some “Department of Homeland Security” patches sewn onto some camouflage t-shirts, he was not, in fact, an “ISIS Hunter.”

Just a dope with dreams of grandeur. 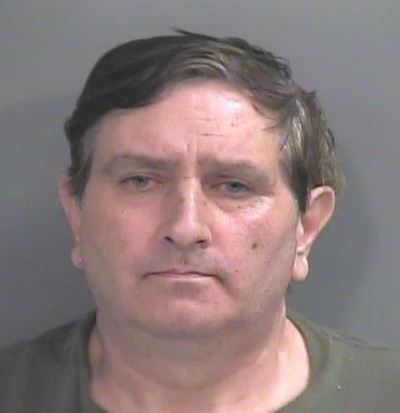 The Arkansas man was arrested for impersonating a federal agent in April. He was apparently on the lookout for rural ISIS camps in the Arkansas wilderness.

He put stickers all over his dark gray Chevy 3500 and had black glass installed along with a super-snazzy tailgate. He even had some red and blue flashing lights and a siren installed.

But what tripped him up was when he went to a local sports shop and asked them to put some DHS stickers on a t-shirt, 5NewsOnline reports. He told them he was a super-cool DHS agent investigating secret ISIS camps in Madison County.

When he was put under arrest, Nicholas told police he once had a federal firearms license and was an official firearms instructor for the NRA.

Police seized 14 guns from his home – only four of which belonged to him. He has been released on $5,000 bond.

Back in 2007, Nicholas was convicted of felony criminal possession of a weapon, meaning he shouldn’t have a gun at all.

Looks like Mr. Nicholas is going to be hunting for his pride for a while.