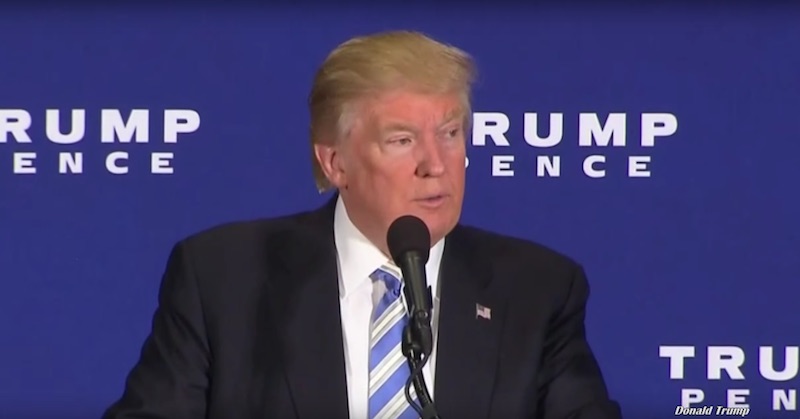 It was the most somber and serious speech of his entire campaign.

With just 17 days to election day, Donald Trump appeared at Gettysburg for what appeared to be one last attempt to convince the American people to take a different path.

A path away from the establishment – that doesn’t work for ordinary Americans – and even worse, doesn’t care – and chart a new path or prosperity, security and success.

Starting his speech, Trump lamented the state of the American political system.

“We are a very divided nation,” he said, looking genuinely sad. “I am not a politician and never wanted to be a politician, but when I saw the trouble our country was in, I knew I couldn’t stand by and watch any longer. Our country has been so good to me, and I felt I had to act.

“I’ve seen the system up close and personal for many years. I’ve been a major part of it, I know how the game works in Washington and Wall Street. I know how the rules are rigged every day against Americans.”

One of the biggest problem, he said, is rampant voter fraud and the refusal of the media to recognize it, along with any poll that shows Trump ahead in the polls.

So to an enthusiastic crowd, Trump outlined his ten-point plan to “Make America Great Again.” He called it a contract between himself and the American people. Here are some of the acts he would implement within the first 100 days of his administration:

Trump made a point of saying he would not approve the Time Warner-AT&T merger deal, arguing it would be too much consolidation in an already limited media market.

Trump also said he would cancel “every unconstitutional executive action, memorandum and order issued by Barack Obama, cancel funding for sanctuary cities, remove all of the more than 2 million criminal illegal immigrants from the country. “These are our drug dealers, gang heads, gang members, killers, and cancel visas to foreign countries that won’t take them back.”