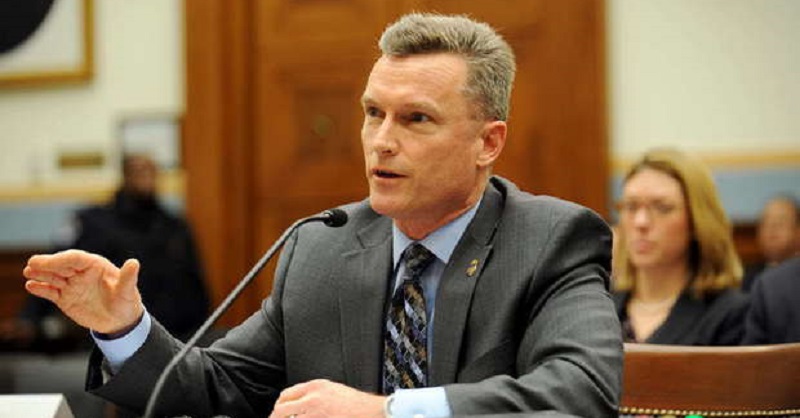 Just this past Tuesday, we reported that the head of the ATF was really interested in gathering a database of all gun owners in America.

But they couldn’t, and that made Deputy Director Thomas Brandon very sad. Congress has banned, by law, the feds from compiling a database of gun owners.

“Would it be efficient and effective [with new technology]? Absolutely,” he said. “Would the taxpayers benefit with public safety? Absolutely. Are we allowed to do it? No.”

Well it turns out that the feds were doing it anyway.

A report from the Government Accountability Office released Monday showed that the Bureau of Alcohol, Tobacco, Firearms and Explosives was, in fact stockpiling gun owners’ personal identification – a flagrant violation of federal law. Here’s how The Daily Caller explains it:

One of the data-collecting systems called Multiple Sales (MS) requires that multiple firearms purchased at once must be reported to ATF by the federal firearms licensee (FFL). ATF policy requires that the bureau internally removes particular data from multiple gun sales reports after two years if the firearm has not been traced to criminal activity. GAO found that ATF does not adhere to its own policy. In fact, “until May 2016, MS contained over 10,000 names that were not consistently deleted within the required 2 years.”

The report stated that the study was conducted to the ATF could improve its policies, but also stressed that the bureau has a role in “protecting the privacy rights of law-abiding gun owners.” The report claims that ATF agreed with the report recommendations.

Another system called Access 2000, or A2K, establishes servers to be used by National Tracing Center (NTC) personnel. The NTC can electronically search FFLs’ records for certain information needed to track the history of a firearm.

While GAO’s investigation revealed that A2K for currently-operating FFLs complied with formal policy, A2K for out-of-business FFLs did not comply with the restrictions “because ATF maintained these data on a single server.” They were directed to get rid of this consolidated information and did so in March 2016. Furthermore, GAO found that ATF does not, but potentially should, have an outlined policy that specifies how out-of-business FFLs should submit documentation of compliance or share pertinent information.

But this can’t be the end of the story.

How is it possible that there is not a connection between the ATF deputy director lamenting that they can’t collect more personal information on gun owners, and the revelation that they were doing exactly that?

If Hillary Clinton is elected, you can expect these same directors and government bureaucrats to keep their same positions. The same sketchy lawlessness that Obama started will only ramp up under a Clinton Administration.

Now, when they’re caught, these agencies shrug their shoulders, mumble an “I’m sorry” and promise never to do it again.

Under President Hillary Clinton, that apology will turn into a smug grin and a “so what?”