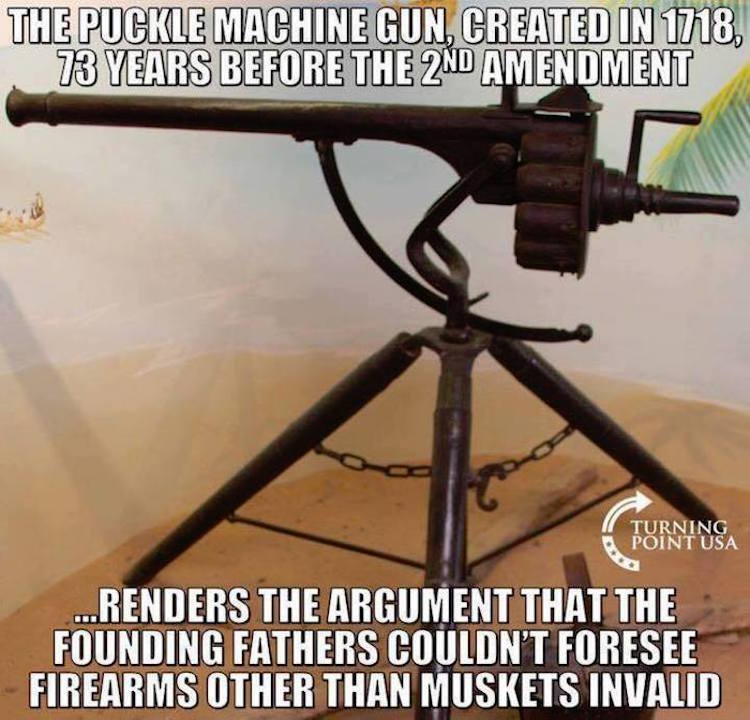 The Girardoni air rifle was 22-shot, magazine-fed, nearly silent .46 caliber repeating rifle adopted in 1780 by the Austrian Army. Thomas Jefferson purchased two of these rifles, which he sent west with Lewis and Clark.

Does it have a high-capacity magazine? Got it!

Is it capable of firing 22 aimed shots in a minute? Got it!

Is it a military weapon? Got it!

Was it manufactured during the American Revolutionary War? Got it!

While the standard arm of the day was a single-shot flintlock, the Girardoni offered a massive firepower advantage to the men who carried it.

The guns (designed by Bartholomäus Girardoni, of Vienna) had a magazine capacity of 22 round balls, which could all be fired within 60 seconds. The balls were .46 caliber, weighing approximately 153 grains, and were propelled at 400-450 feet per second.

They were rumored to be silent, but actually had a loud report (although quieter than gunpowder firearms).

Not only did the founder posses and know of machine guns but they also made themselves pretty clear about the Second Amendment in general.