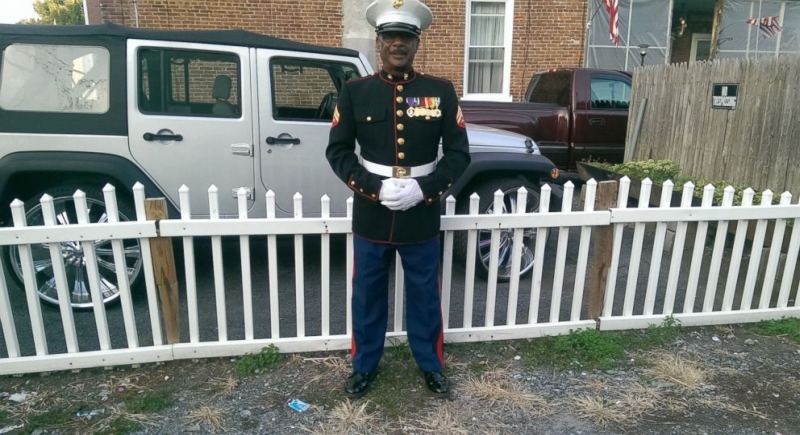 I love it when citizens step up to the plate to help their communities. This retired Marine definitely has the right spirit!

With no crossing guard in sight, one retired Marine made it his duty to help children at a Pennsylvania elementary school cross the street.

When retired Cpl. Lewis Alston, who was wounded during the Vietnam War, drove by Martin Luther King Jr. Elementary School in Lancaster last year, he was shocked.

“I saw — when I was coming down the street — a student that ran in between the cars,” Alston, 63, of Lititz, Pennsylvania, told ABC News. “The traffic will not stop for the children at all.”

So when the school year started on Monday, Alston, who is a chaplain for the Lancaster County Marine Corps League, headed to the school and saw that they didn’t have a crossing guard at one busy intersection. Because he had been at a funeral service that day, Alston was still wearing his marine uniform.

“I had my uniform on, and I thought, ‘Wouldn’t it be a golden opportunity for the students to see a marine help them cross the street?.” he said.

Parents, students, and even those in the cars Alston ask to stop appreciate his help, Alston said.

“The students saluted me. They say, ‘Thank you sir,’” he said. “One woman in her car said, ‘Thank you for your service.’”

Alston said he and a few of his friends that are also veterans plan on working as a team to help each other at different intersections without crossing guards.

Three cheers for this retired Marine! Do you agree?