With the 2020 presidential election still months away, voters are already raising the alarm on all forms of potential voter suppression.

In purple Arizona, the first alarm was sounded last week when a variety of sources both official and civilian reported a yet unknown number of Republican voters had been given the wrong ballots during a statewide primary on Aug. 4.

According to affected voter Olivia Lillmars, a Tuscon resident who detailed her experience on social media, the ballot given to her on arrival at the polls was largely blank and did not include any state or local races.

When confronted about the issue, elections staff on location were reportedly unwilling to budge regarding the existence of an alternative, full-length ballot — that is, until Lillmars departed the facility and returned with the proper ballot, which had initially been delivered to her home while she still planned to vote by mail.

“Had I not had that mail-in ballot, I wouldn’t have gotten to vote for these people and I had to fight them, telling them something’s wrong. They’re all insisting ‘no,’ that’s all I get. And then, as soon as I walked back in, they magically … found it?”

Following eventual rectification of the situation, elections officials did extend Lillmars an apology, but the incident was more than enough to prompt voter concern that something was awry and that foul play might be involved.

“I don’t trust that it was honest,” she said. “I don’t think they had good intentions.”

An Arizona Daily Star report from Aug. 5 suggested that 41 total Republicans saw their ballots mishandled in a similar manner while voting at a Pima County polling station.

Pima County Republican Party Chairman David Eppihimer, however, revealed to The Western Journal that total numbers in the county were more than double what had been reported at just the one polling station, resting at roughly 100 mishandled ballots.

No Democrats were believed to have experienced the same problem.

Still, Eppihimer was skeptical when it came to voter allegations of foul play.

“I don’t believe there was any conspiracy … to give Republicans the wrong ballots,” Eppihimer said.

When complaints arose on the morning of the primary, the party official claims to have been called to the first problematic polling station and put in contact with the local elections supervisor, who determined that mistakes had in fact been made.

Poor training purportedly resulted in confusion among location staff, which in turn led to some voters improperly receiving truncated, federal-only ballots rather than the traditional ballot they were accustomed and legally entitled to.

“The problem was poor training and substandard workers,” Eppihimer said. “With COVID-19 they lost a huge percent of their regular poll workers — a huge percentage that are not going to work the election this year.”

Did you receive the wrong ballot yesterday? One republican voter did and she wasn’t the only one. The story at 6 @KVOA pic.twitter.com/PDdYMADBFr

Ballot confusion is relatively new to Arizona, coming in the last decade as a result of discrepancies between state and federal election law.

In 2004, Arizonans passed Proposition 200, requiring that all voters provide proof of citizenship when registering with the state to vote.

The 2013 decision in a U.S. Supreme Court case argued between the state of Arizona and the Inter Tribal Council of Arizona, however, rendered the rule all but irrelevant, clarifying that the National Voter Registration Act of 1993 requires all states to accept federal voter registration forms, which do not necessitate proof of citizenship.

Seeking to keep Prop. 200 alive in some way, then-Arizona Secretary of State Ken Bennett, a Republican, implemented a dual-registration system, under which only those who provide proof of citizenship upon registering to vote are welcome to vote in statewide races.

Those who do not provide proof of citizenship are provided a truncated ballot containing only federal races, such as those for the presidency or the U.S. Senate.

For Eppihimer, confusion about the two distinct ballot types was unquestionably a concern.

But the timing of the controversy, coming well before votes were to be counted in an ideological battle between Republicans and Democrats, seemed to mitigate the potential threats to electoral integrity in the official’s eyes.

“The fact of the matter is, yes, those hundred people had their voting rights suppressed,” Eppihimer said. “They’re hopping mad, and they should be. The elections department is under severe pressure over this and I doubt it will ever happen again.”

“If something like this happens in the general, when races between the Democrats and Republicans could be in jeopardy, all hell will break loose.”

Lillmars, who had previously spoken to Eppihimer in private about the matter, described the party official’s response as “disheartening.”

“That’s such a ridiculous and irresponsible statement to make, that it’s ‘just a primary,'” Lillmars said. “We obviously both know so many things are done at the local level. So these are super, super important races — and arguably, more important than the presidency.”

The voter’s allegations of apathetic behavior toward her situation were not reserved for Eppihimer, however.

She also spoke out against Democratic Arizona Secretary of State Katie Hobbs’ elections office, suggesting officials within the department had stonewalled her with regard to an investigation into the incident, falling back on the unsatisfactory excuse that polling staff were poorly trained due to COVID-19.

“This is so serious. The right to vote is so sacred,” Lillmars said.

“You better get the best people in here because you take a bunch of my money, I pay a bunch in taxes. So, I should feel like my vote is secure and this is an honest process.”

With incidents like this only seeming to grow more common as polling methodology and procedure are made more complex in the face of partisan political forces and pandemic-related fears, many experts have expressed concern the results of the 2020 presidential election could be subject to substantial delays and controversy.

Professor Morgan Marietta of the University of Massachusetts Lowell Center for Public Opinion told The Western Journal that things like dual registration and vote-by-mail would likely be a catalyst for “major errors, delays, and disputes” come November.

“Federal-only balloting is the love-child (without the love) of Arizona’s attempt to insist that voters show evidence of citizenship and the national government’s insistence that this is not necessary,” Marietta said. “It is an anomaly that even most Arizona voters do not understand, and hence it leads to errors.

“What is not an anomaly is the shift to mail-in voting and other pandemic practices throughout the country that will lead predictably to massive errors, delays, and disputes this election season,” he added.

The Western Journal reached out to Arizona Secretary of State Katie Hobbs’ elections office for comment but did not immediately receive a response. 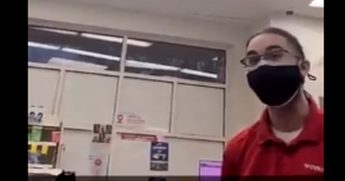