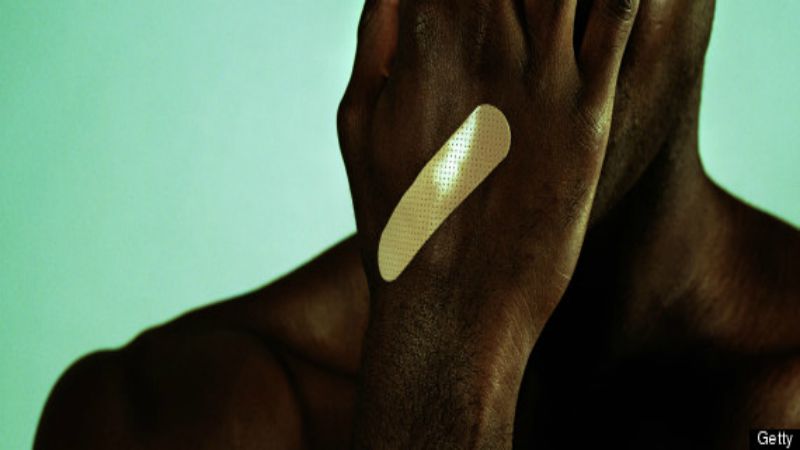 This is beyond ‘facepalm’ worthy. A psychotic femi-nazi blogger in Sweden complained that an item found in first-aid kits around the world is racist.

Somehow in this whackjob’s lunatic mind, band aids are racist because they only come in one color.

A discussion on government-funded Radio Sweden precipitated the controversy, as a spokeswoman for the national Apoteket chain of pharmacies went head-to-head with Every Day Racism blog author and Left-party campaigner Paula Dahlberg.

Triggering a national discussion about whether sticking plasters are a symptom of something more sinister, Dahlberg said the beige coloured patches were symptomatic of what she called the everyday “whiteness norm” where manufacturers presumed their customers to be white by default.

Pharmacy spokesman Eva Fernvall was absolutely horrified to have the charge of racism levelled at her, and remarked “It is a bit embarrassing that we haven’t thought of it ourselves”, promising to stock darker hues in future.

‘Sticking plasters’ are what they call band-aids in Sweden (Band-Aid is the brand name in the U.S. that became so popular people call them that).

According to Breitbart, there was a company in the past in the U.S. that did make band-aids for darker skin colors but they didn’t sell and the company went bankrupt.

Are these people going to claim clouds and snow are White Privilege?

What about feminine products? Those are all white, are they White Privilege as well?

Clearly some people have nothing better to do they claim false racism where none exists.

Clearly some people have nothing better to do than claim ‘White Privilege’ because they feel they are indeed somehow inferior.

They may indeed be inferior but it isn’t because of some perceived privilege, it’s because they are morons.