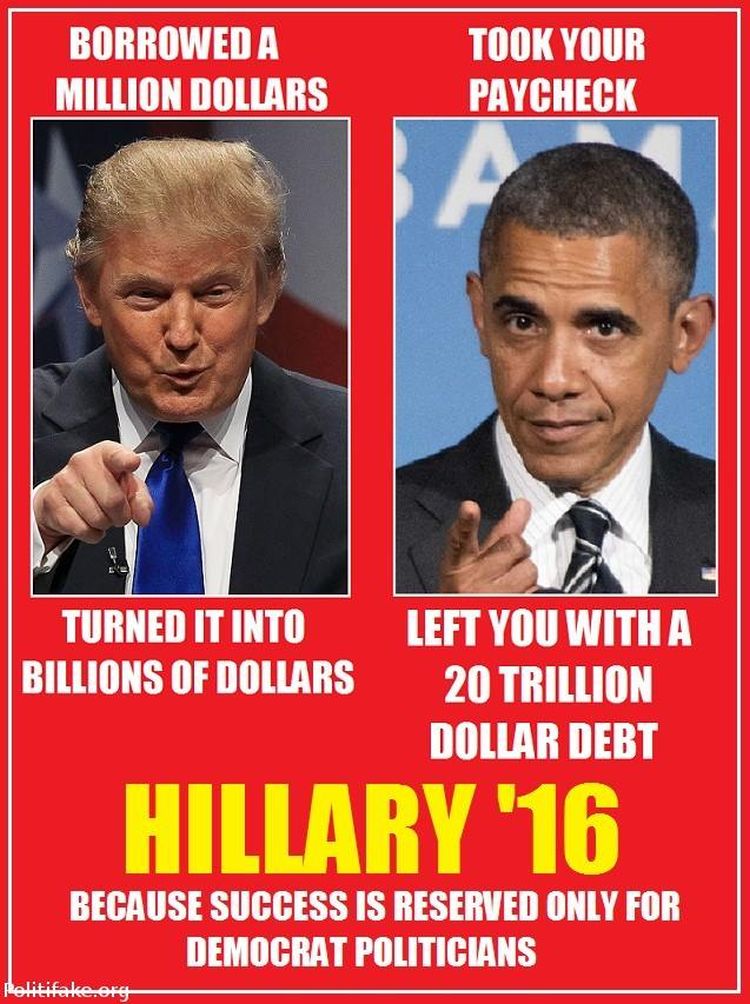 Democrats just don’t know how to run – well, anything! Robert Gehl reports that you shouldn’t believe the mainstream media reports that Donald Trump will get trounced by Hillary Clinton in November.

It’s going to be a lot closer than you think.

A new poll shows that in three big swing states, it’s a statistical dead heat between the presumptive Republican and Democratic candidates.

It’s still early, but the Quinnipiac poll shows these three states are just too close to call for either candidate.

“Six months from Election Day, the presidential races between Hillary Clinton and Donald Trump in the three most crucial states, Florida, Ohio and Pennsylvania, are too close to call,” said Peter A. Brown, assistant director of the Quinnipiac Poll.

Interestingly, when paired up against Bernie Sanders, Trump falls further behind in all three states. Pitted against the Socialists senator from Vermont, Trump loses by two percent in both Florida and Ohio and a whopping six percent in Pennsylvania.

Neither Trump nor Clinton score big points on “honesty” and “favorability.” Trump’s “unfavorable” rating in all three swing states is in the mid-50s. Hillary Clinton’s unfavorable rating is even worse.

In Ohio, it’s a whopping 62 percent and at 57 percent and 58 percent in Florida and Pennsylvania, respectively. More than 65 percent of voters in all three states rate Hillary Clinton “not trustworthy,” while Trump’s “untrustworthy” rating is only in the mid-50s.

“Donald Trump and Hillary Clinton have similar, awful numbers on honesty and favorability,” said Tim Malloy, assistant Director of the Quinnipiac University Poll. “The one glaring difference: Trump is crushed on the question of which candidate has the temperament and personality to handle an international crisis. It’s a vote of confidence the Clinton camp can dine out on and Trump supporters have to see as a red flag.”