Perhaps what President Trump did wrong is he did not consider Presidential tradition and respect for the office. Lets take a look at recent precedent.

If former President Obama wanted to investigate a political opponent what would he have done?

Here in one cartoonist’s mind at least, how Obama would have handled it: 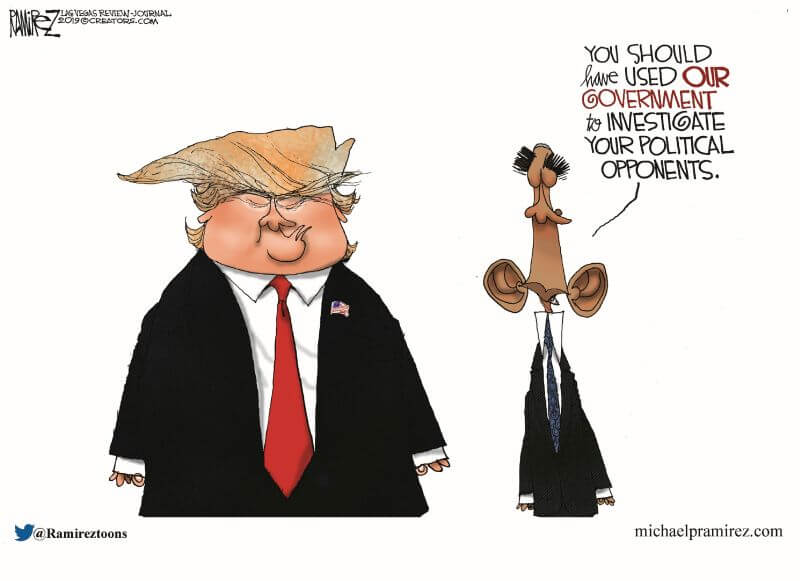 Democrats claim Trump asked the Ukrainians to investigate Biden for personal benefit, whereas Obama would have used the deep state within our OWN government to interfere in our elections.

Democrats only accuse Republicans of crimes of which they themselves are guilty, or worse.

Democrats have been hot to remove or cripple President Trump from the beginning to hide what they did during the 2016 election.

Barr, Durham and the DOJ IG will soon release their reports and we will soon know the truth.

The biggest political scandal in American history is about to be exposed.

The investigations of President Trump have been all about running out the clock and delaying any action on uncovering the truth.

Lets hope that the time of cover-ups is almost at an end and voters get the truth.