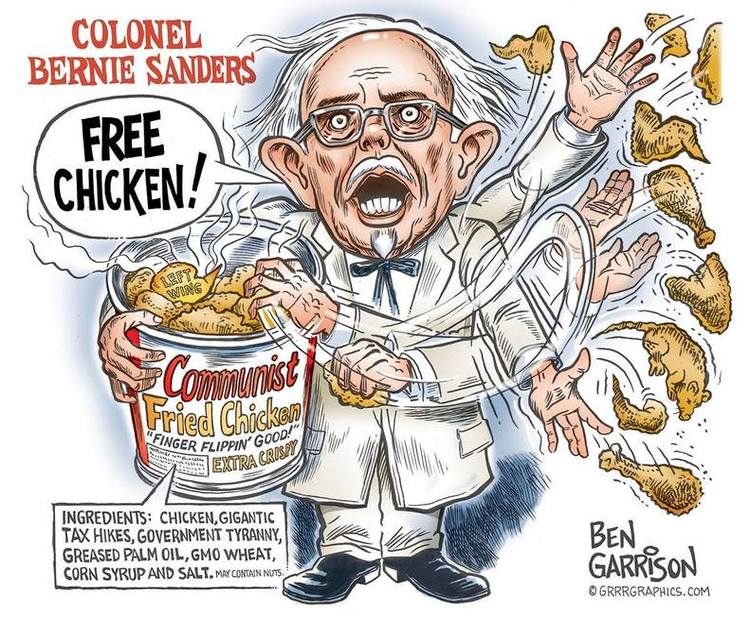 The cause of free college got another boost last week when Sen. Bernie Sanders, an independent Senator from Vermont and Democratic presidential candidate, introduced the “College for All Act,” a bill to make four-year public colleges and universities tuition-free.

Sanders framed the need for free public college by saying that, “in a global economy, when our young people are competing with workers from around the world, we have got to have the best educated workforce possible. And, that means that we have got to make college affordable.”

While these goals are the right ones, the reality is that free public college would make it harder to achieve them. Part of the concern relates to how best to use government funds. The idea would cost $70 billion per year, more than twice what the federal government spends on Pell grants. And much of that money would provide a free education to students whose families can already afford it.

But even more important than how much we spend and who we spend it on, we should ask ourselves what impact free public college would have on the delivery system of higher education. That is, would free college make higher education more efficient, more innovative and higher quality?

This question is not insignificant. At a basic level, there are two routes to affordability: subsidizing to bring price down or making something cost less to deliver. The focus of government policy for decades has been on the former approach. We need more of the latter.

And cost aside, it’s becoming increasingly clear that the system often fails to deliver the high-quality educational pathways that many students need to be successful in the modern workforce. For example, as I mentioned in my last post, a recent Gallup-Lumina Foundation survey found that only four in 10 Americans agree that colleges are changing to “better meet the needs of today’s students.” Only 13 percent of respondents felt that college graduates are “well-prepared for success in the workforce.”

Given the shortcomings of the status quo, it’s important to ask if free public college would make the system more cost-effective. And would it lead to a larger variety of high-quality, flexible options, fostering, as Sanders mentioned, the “best educated workforce possible”?

Unfortunately, there are good reasons to be skeptical. Right now we have a decentralized system where students can take much of their student aid with them to the institution of their choosing. This enables a wide variety of organizations – public and private – to offer a range of different educational programs.

In contrast, free public college would limit choice as many private institutions, now trying to compete with a highly-subsidized, free public option, would likely struggle to survive. In addition to reducing options, this would significantly reduce pressure on public institutions to serve students effectively.

Fundamentally, the “price” of free public college is more than the money taxpayers would spend on it. By moving us to a system based largely on public institutions managed through top-down regulation, Sanders’ proposal would exacerbate the challenges above, not solve them.

Instead, policymakers should look to foster more entrepreneurship in higher education while giving all institutions a real stake in their students’ success. Rather than reinforcing the status quo, such reforms would move us toward a higher education system built for the 21st century.