The losing Democratic presidential candidate is still railing against President Donald Trump, the system, voting … well, you name it.

Most recently, when he took to Twitter and attacked the United States for being a country that “worships wealth,” he got a smackdown of epic proportions.

“We are living in a nation which worships wealth rather than caring for the poor. I don’t think that is the nation we should be living in,” Sanders tweeted.

We are living in a nation which worships wealth rather than caring for the poor. I don't think that is the nation we should be living in.

Sanders is not a poor man. He owns three homes. His most recent one is a $600,000 home on lakefront property.

Also, Sanders paid an effective tax rate of 13.5 percent in 2014 – a little more than half of the percentage Donald Trump paid in 2005. And this is from a man who constantly complains that rich Americans don’t pay their “fair share.”

ok Mr. 13.5% tax rate. Maybe you should pay your fair share, possibly sell 1 of your 3 homes and give money to charity?

You live in three houses. On a government salary. https://t.co/CmVgg19yPZ

Sell all you have and use the money to care for the poor. I have faith in you Bernie, YOU can do it!!! https://t.co/czf7dPNIUG 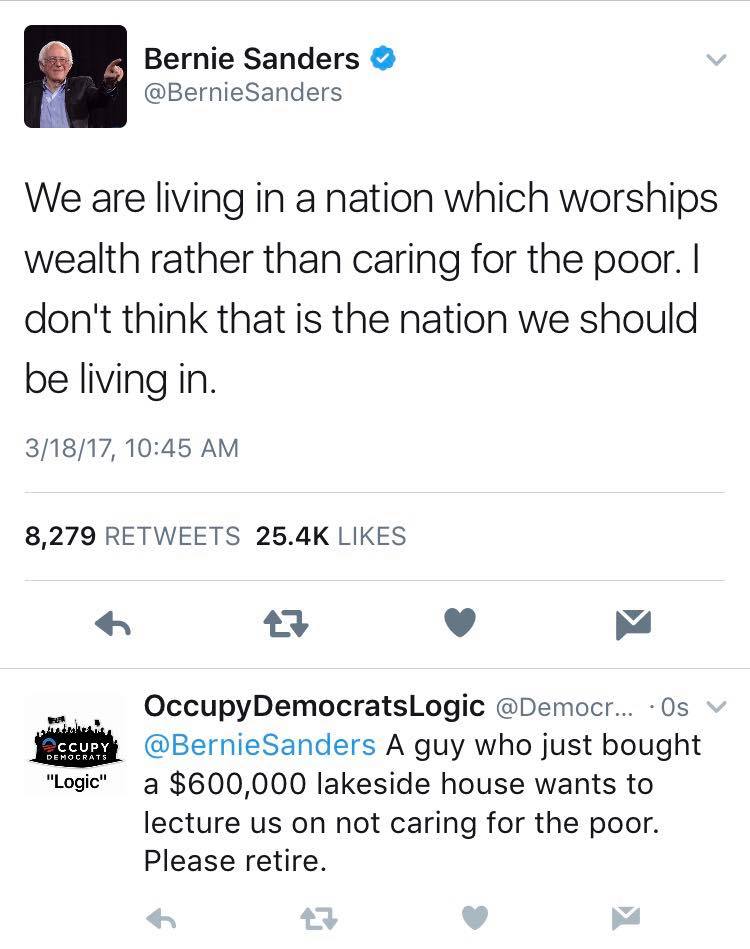 Maybe Bernie will think twice before tweeting his nonsense again.