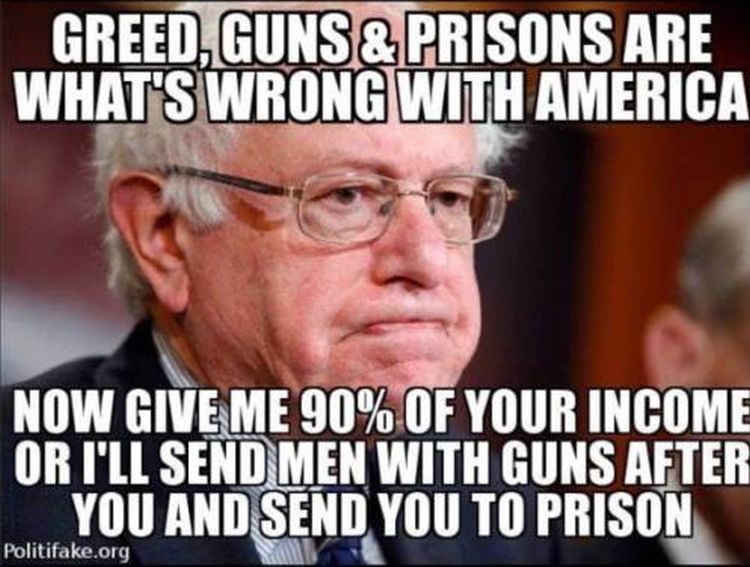 Bernie Sanders’ wild-eyed call for “single-payer” universal health care across the country has attracted many followers.

But in his home state of Vermont, they know what a total failure it is.

So they turned to the feds for a huge bailout.

“The idea of single-payer, or a Medicare-for-all type program, has always been a cherished dream for many in the Democratic Party,” said Henry J. Aaron, a senior fellow at the Brookings Institution, a liberal-leaning Washington think tank. “In truth, there had never been a hard, developed plan to implement such a dream. In Vermont, they finally developed a plan, and look what happened.”

Since the end of World War II when President Harry Truman pushed for a single-payer system, universal health insurance has been the Holy Grail for liberals across the country.

Critics said the new bureaucracy would cost much more than liberals claimed, and they were right. The Boston Globe reports:

The numbers were stunning. To implement single-payer, the analysis showed, it would cost $4.3 billion in 2017, with Vermont taxpayers picking up $2.6 billion and the federal government covering the rest. To put the figures into perspective, Vermont’s entire fiscal 2015 budget, including both state and federal funds, is about $4.9 billion.

And even those tax increases might not have been enough. The governor’s office estimated the Green Mountain Care program would run deficits of $82 million by 2020 and $146 million in 2021. Shumlin said he feared the tax increases would harm businesses and the economy.

So they turned to the feds for a bailout – to the tune of billions.

This is the face of single-payer, universal coverage. Vermont is a tiny state. Imagine if all 50 states adopted this plan? How fast would this country drive straight (further?) into the financial ditch?