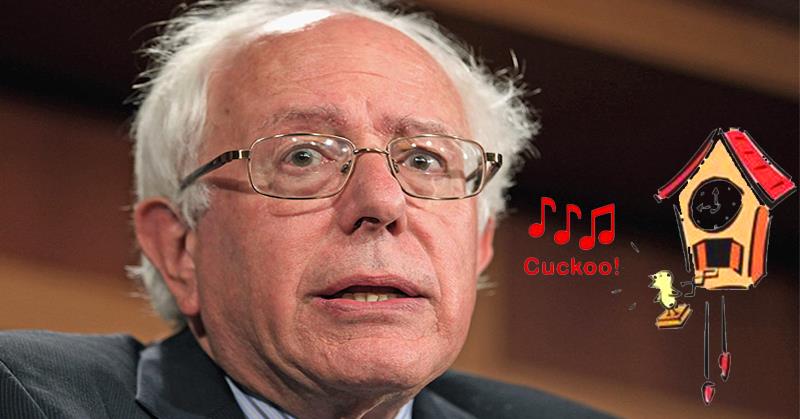 Democrat presidential candidate Bernie Sanders often points to Denmark when talking about the socialist policies he would like to implement in America.

But the truth is that Sanders is so far left that he makes Denmark look like Israel!

Take for instance the following characteristics of Denmark, courtesy CNN:

“There is this idea that we are a heavily regulated society with a closed economy,” remarked Bo Lidegaard, the executive editor-in-chief ofPolitiken. “If by socialist you mean regulated, restrictive, the individual is not free to do what she or he wants, that is not what we have here.”

There are virtually no obstacles to starting a business in Denmark and strong private property protections.  The labor market is the freest in Europe.  There are no restrictions on overtime, so factories can run around the clock.

Denmark is socialist in nature, in that it provides many freebies to its citizens, including free health care and free education. Mind you, it uses extraordinarily high sales and marginal tax rates to maintain these programs.

Here’s the catch, though: Denmark balances these freebies with a robust free-market system devoid of the nanny-state regulations that are destroying businesses here in the United States.

“The major political parties on the center-left and the center-right [in Denmark] would oppose many of the proposals of Bernie Sanders on the regulatory side as being too leftist,” added Danish economist Lars Christensen.

Plus, Denmark has a lot tougher stance on refugees (H/T U.K. Daily Telegraph):

The Danish parliament has voted in favour of controversial plans to confiscate asylum seekers’ personal possessions in order to pay their upkeep.

The Danish authorities say the policy would treat migrants and refugees in the same way as the country’s unemployed, who must sell assets above a certain value before they can receive benefits.

So Sanders can keep pointing to Denmark all he wants, but just know that in reality, Sanders is so far left that he makes Denmark look like Israel, aka the most conservative country in the world!