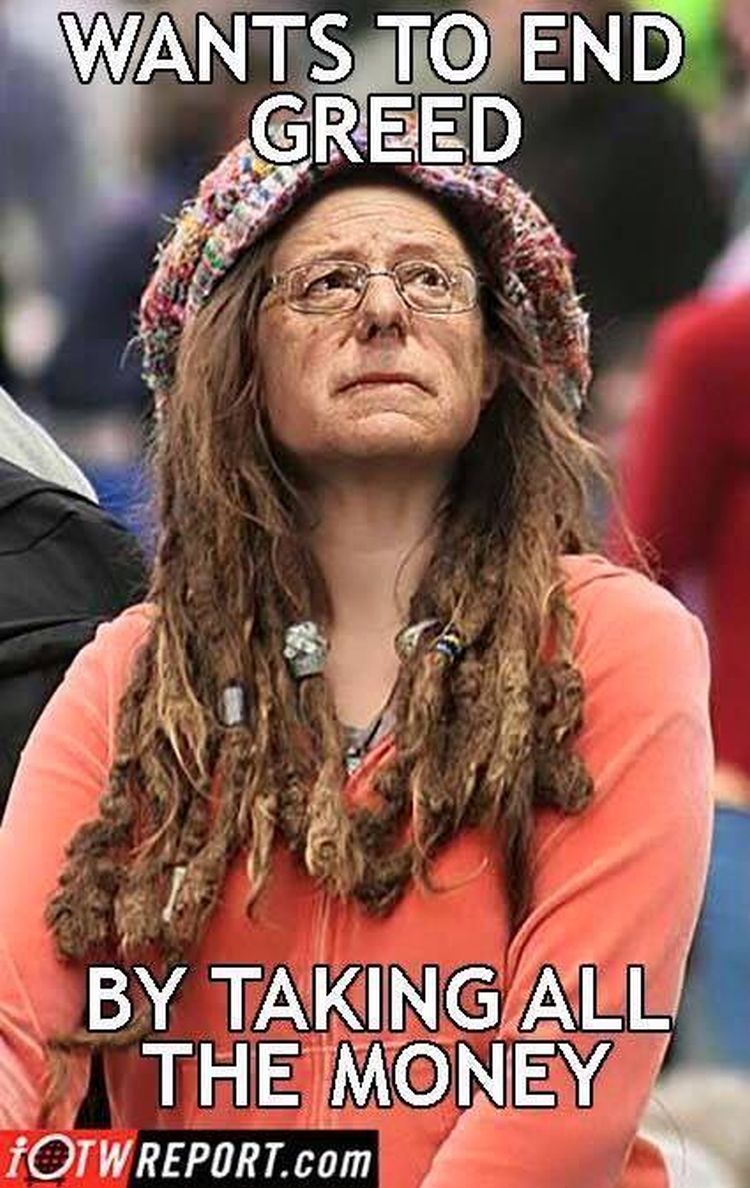 Bernie Sanders’ mantra is that he will end the greed of corporate America, and make them pay their “fair share.”

In his assessment, wealthy people have too much money and they don’t deserve it. So apparently it’s his job to mitigate the greed of these CEO’s and create more equal conditions for Americans. Allegedly, this will reduce greed and people will be more happy; but who is really the greedy one here?

It’s Bernie! When he openly expresses his desire to tax the nation’s top one percent of wealthy people at insane rates, and his desire to raise taxes on all Americans, who is really the one who’s greedy?

The Tax Foundation analyzed his proposed tax plan and found some stunning results:

His plan would increase marginal tax rates on all taxpayers, through higher individual income tax rates and two new payroll taxes. The plan includes several provisions aimed at high-income households: it would raise the top marginal income tax rate to 54.2 percent, tax capital gains and dividends as ordinary income, replace the alternative minimum tax with a new limit on itemized deductions, and expand the estate tax. In addition, the plan would create a new financial transactions tax and move the U.S. toward a worldwide tax system by ending the deferral of foreign-source business income.

Someone will certainly have more money with Bernie’s plan, but it’s not low-income Americans nor the middle class whom he claims to champion.

It’s Bernie and his cronies who will be taking more of our money. THAT is greed my friends.

But for Bernie and his supporters, that doesn’t seem to matter. It’s only greed to keep the money that you earn, but not to take the money that someone else has earned.