So far, little more than half way through the year, 2019 is shaping up to be the year of the clowns. At least on the Democratic Party side of things.

We have 27, or is it 74, Democrats running for President, each one trying to be funnier than the next.

The things they say are so preposterous, no one, not even the candidates themselves, believes what they say to be true.

It looks to most of us like they’re working on their stand-up routines so they can make some extra cash after they lose the election.

Then we have Congress. Need I say more?

In Congress the Democratic civil war is so bad, and so off the rails, our favorite socialist superstar Alexandria Ocasio-Cortez is calling Speaker of the House Nancy Pelosi a racist.

Nancy Pelosi, a racist? I mean come on.

Ocasio-Cortez’s “squad” and her band of Justice Democrats have gone on the warpath against hard line conservatives like Nancy Pelosi, Henry Celluar, and Hakeem Jeffries.

Of course Speaker Pelosi has fired back and is doing her best to isolate said “squad.” Many have rallied behind the speaker and the battle lines are drawn.

While this is all amusing and fun to watch in the meantime nothing is being done about the serious issues at the border, and everywhere else.

In the Senate McConnell is doing a fine job getting judges confirmed but that’s about it.

Republicans in Congress, with the above exception, seem incapable or unwilling to get anything done either and are just as big of a clown show as the Democrat led clown show.

The GOP had full control of both houses for two years, and nothing was done. No wall, no border control, no healthcare reform, nothing. Zip, nada.

The President seems to want to get things done but he’s blocked, a lot, by the clowns who run all the different shows in Washington D.C.

The whole thing is a joke, and a disgrace. Everyone involved should be ashamed of themselves. They should beg the American people for their forgiveness as they fall on their swords.

But no, it won’t happen. Just a dream. The clown show will continue, like always and forever.

All that said but there is a glimmer of hope. We have two separate investigations digging into who is behind the bogus Russia / Trump scam.

The Barr tab is closer than ever to being paid (we hope) and the bad actors involved paying a hefty price for their nefarious deeds.

In that light, we present what could be the best political joke of 2019 and a scene we hope to see soon: 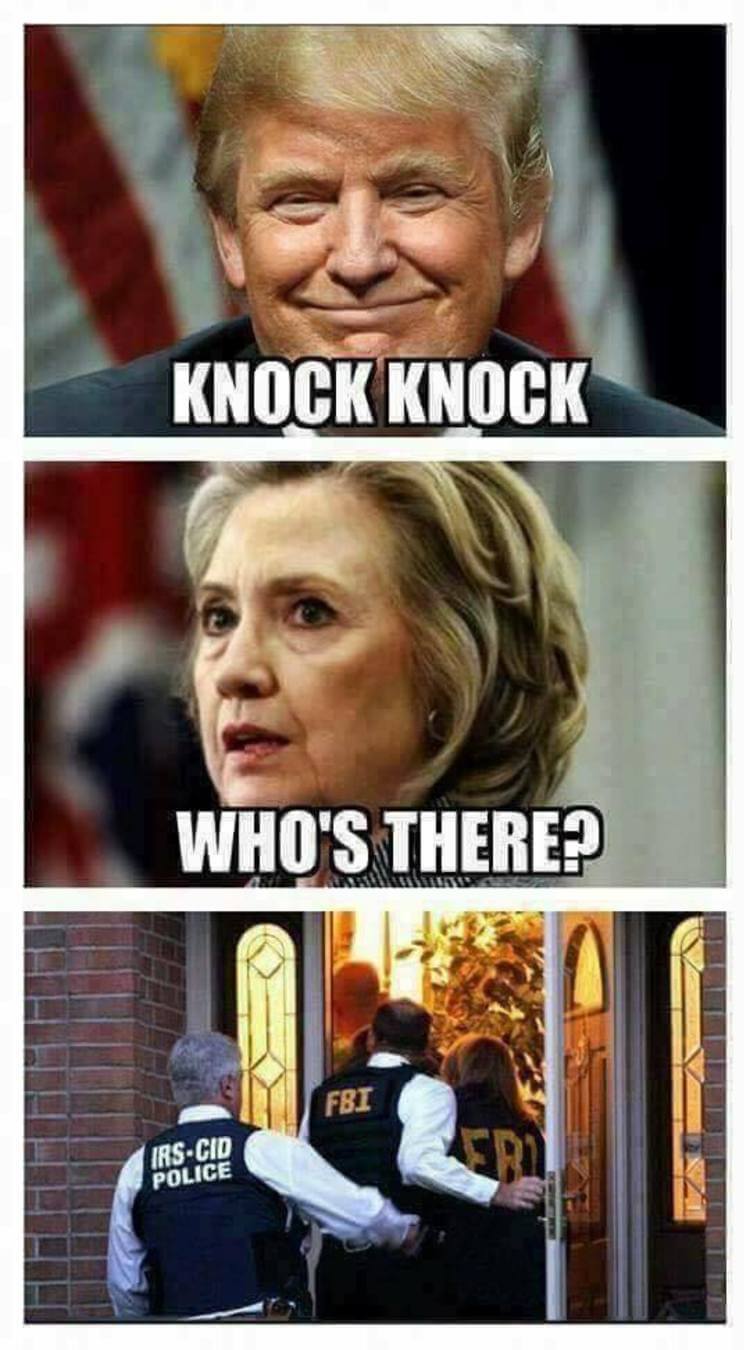 Wouldn’t that be nice to see?

The only thing better would be if it was just one of many simultaneous raids to arrest those involved in perpetrating the Trump / Russia hoax.