Remember that to-do over Twitter’s decision to append a box to President Donald Trump’s tweet about mail-in voting that said, “Get the facts about mail-in voting?” I wonder if they’re getting those labels warmed up for Joe Biden these days, given his theories on voting are a bit strange.

I ask not because of the fact that the presumptive Democratic presidential nominee wants to challenge mail-in voting. (Perish the thought, in fact.) Instead, Biden seems to believe Trump is working to “steal” the election from the Democrats before it even happens — and the former vice president already has assembled a phalanx of lawyers to try and wrest the presidency into the Democratic column if need be.

According to USA Today, the worry from the Biden camp is that the president and his administration might try to suppress the vote, something Biden called a “very real concern.”

“Well, first of all, to continue to shout from the rooftops: ‘Be careful — he’s coming,'” Biden told supporters Wednesday during a video conference.

TRENDING: Watch as Joe Biden Snaps at a Reporter, Falsely Claiming that the Wall Street Journal Disproved the Email Controversy

“So here’s what we’re doing, we’re continuing to fight any effort to exploit the pandemic for political purposes, support the countless state and local officials working like hell to make voting safe and accessible for citizens, especially the most vulnerable, or call out local rules that don’t adequately ensure access to vote,” he said.

To that extent, Biden announced he had a phalanx of lawyers who would assure “chicanery” wasn’t involved.

“We put together 600 lawyers and a group of people throughout the country who are going into every single state to try to figure out whether chicanery is likely to take place,” he said, according to Reuters.

“We have over 10,000 people signed up to volunteer. We’re in the process of getting into the states in question to train them to be in a polling place.”

Remember the horror we were supposed to recoil in, back in 2016, when Donald Trump said he might not accept the outcome of the election? Remember how un-American that was supposed to be?

“The fact is that this is a fella who is literally trying to take away the funding for the post office so they can’t deliver the ballots. Not a joke,” Biden said.

“A senior political adviser and top lawyer for Trump’s campaign, Justin Clark, said Biden is lying and stoking fear while Democrats are trying to ‘fundamentally change’ how elections are conducted, an apparent reference to their support for widespread mail-in voting,” Reuters reported.

“Republicans have argued that mail-in voting and other changes being suggested by Democrats in the midst of the pandemic could create fraud.”

“They are inserting chaos and confusion into our voting process because it is the only way they can win,” Clark said, adding Trump was for “fair and free elections.”

The headline on the Reuters piece: “Biden pulls together hundreds of lawyers as a bulwark against election trickery.” What kind of trickery? Where?

There’s no evidence the president will attempt to “steal” the 2020 election, which is apparently Biden’s biggest nightmare.

Trump didn’t steal the 2016 election, of course — which would have been some trick given the fact the Democrats controlled every aspect of the national security apparatus and he still managed to get away with it. That’s no more likely than a tinpot dictator’s token opposition somehow managing to steal the election from him — not through popular support, but through “chicanery.”

Biden has said this before.

“This president is going to try to steal this election,” he said last month, according to The Washington Post, prompting tons of headlines.

All of this — every single bit of it — is the kind of stuff that gets marked with a [citation needed] on Wikipedia. The last time this was tried, the Democrats spent two-and-a-half years trying to figure out how the Russians colluded with the Trump campaign only to figure out that they hadn’t.

And yet, the Democrats continue to ascribe this Rasputin-like power to Trump, believing he holds sway over our electoral system for reasons no one could understand.

Just because they didn’t understand it, however, didn’t mean no one could. They may not have agreed, but at least they were never quite this clueless.

Of course, if Trump has a narrow lead, we know who should watch out — particularly with those 600 lawyers on the prowl. 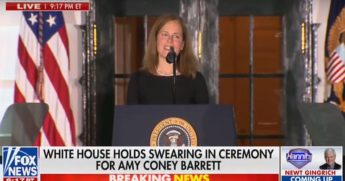