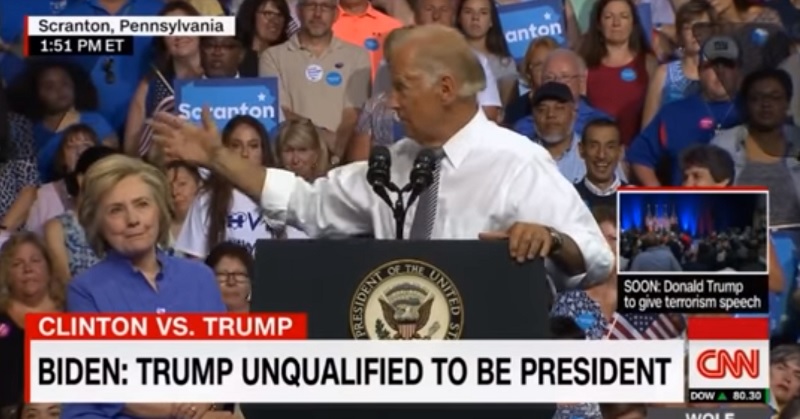 Joe Biden is Barack Obama’s mildly retarded uncle who lives in the basement. You bring him up for Thanksgiving and to go to the dentist, but the rest of the time, he’s a cellar dweller. Because you just don’t know what he’s going to do or say next.

Like at a rally in Scranton, Pennsylvania, (his home town) on Monday for Hillary Clinton.

In a folksy speech full of childhood memories that he somehow thinks are interesting, Biden veered off into discussing how completely untrustworthy Donald Trump is with the “nuclear codes.”

In doing so … he identified the man holding the nuclear codes to the entire crowd.

“There’s a guy that follows me — right back here — has the nuclear codes [as he’s pointing to the man], so God forbid anything happened to the president and I had to make a decision, the codes are with me…he [Trump] is not qualified to know the codes! He can’t be trusted!”

Well, if there was any national security issue with publicly identifying the man who could single-handed blow us all to hell, it’s too late now.

So as an example of how Donald Trump can’t be trusted to know the nuclear codes – because they’re a heavily guarded secret – Vice President Joe Biden identifies the man carries around the nuclear codes. 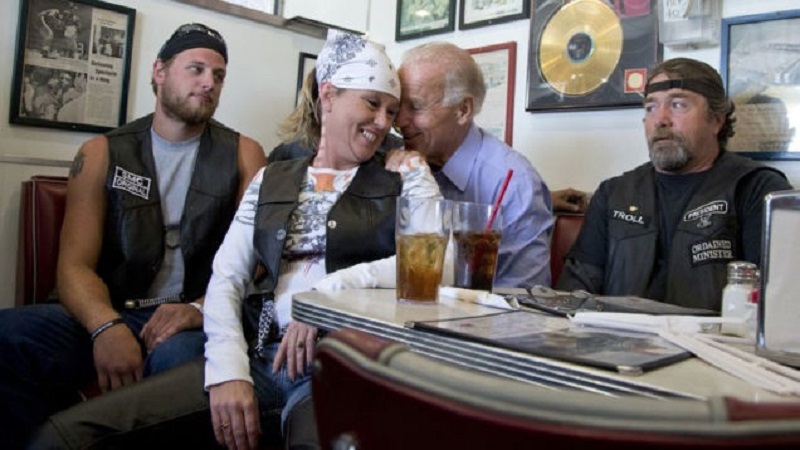 Joe Biden might have made a disastrous president. But he certainly wouldn’t have been a boring president.