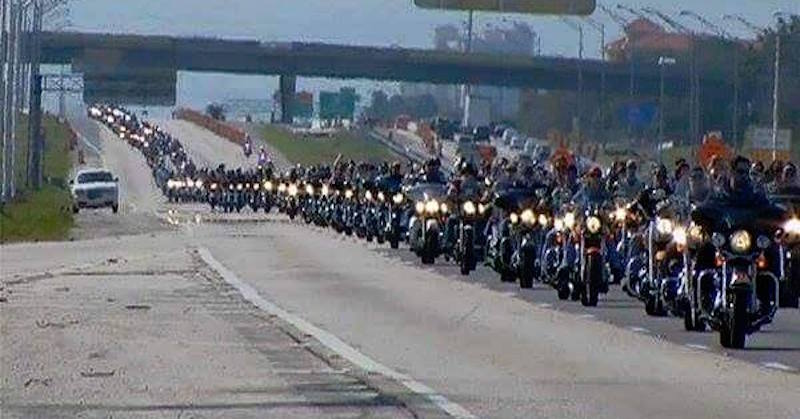 Have no fear, America! The Steel Horse Cavalry is coming!

And with those words on their Twitter feed, Bikers 4 Trump rode into Cleveland to protect convention-goers from the thousands of leftist protesters.

They’re coming by the thousands from all over the country, descending on Cleveland to create a human wall between the demonstrators and the venue.

The group estimates that as many as 10,000 bikers may arrive at in Cleveland before too long, BizPacReview is reporting.

It was a relatively peaceful first day in Cleveland, but it will likely get more raucous and potentially more violent as the convention continues. There were no convention-related arrests on Monday. (One woman was arrested for outstanding warrants while protesting.)

Well it's bikers & rednecks on front lines fighting for America! #RNCinCLE #Bikers4Trump #Rednecks
I LOVE U ALL! pic.twitter.com/42sWaLP6DO

As long as they remain peaceful and follow the orders of law enforcement, having these bikers in Cleveland could provide some much-needed assistance.