So it turns out that there’s a not-so-secret plan to get the “Black Lives Matter” agenda into the schools in Omaha, Nebraska.

Several teachers called local radio host Chris Baker to discuss a new curriculum seminar they were to take. The teachers were “very uncomfortable” with the seminar and didn’t agree with the BLM-themed premise, but were too afraid to speak out, The Blaze is reporting.

The seminar was put on by the Omaha Public Schools and featured a local “media consultant” named Morgann Freeman (no, not that one). Freeman’s Twitter feed is full of posts about how incredibly awesome it is to be black and how she revels in making people “uncomfortable.” Just the kind of woman I want advising my kids’ teacher.

Freeman was reportedly there to show teachers how to inject BLM indoctrination and other social justice propaganda into the curriculum in Omaha Public Schools. 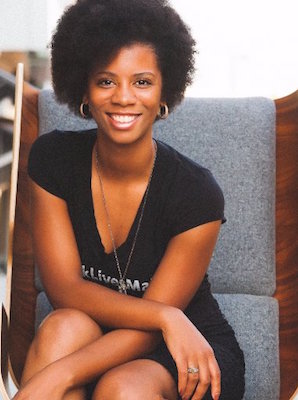 During the meeting Ms. Freeman expressed her views on the Black Lives Matter agenda stating, “Meritocracy is a myth. The idea that people can ‘pull themselves by their bootstraps’ is a lie. It only works for those with privileges.”

Attendees of the curriculum meeting told Baker Ms. Freeman portrayed black Americans as victims of white oppression claiming that blacks are systematically targeted for destruction. She also claimed America was never great and was founded by flawed racists who set up a system that would perpetuate their power.

After the meeting, Freeman tweeted that the meeting she presented at was like a “fundamentalist Christian camp.”

This OPS board meeting is like a fundamentalist Christian camp #whatiswrongwithyall

On her Facebook page, she admitted that she spoke to the teachers for the purpose of “incorporating #BlackLivesMatter and other social justice movements into their curriculum.”

She writes about her purpose:

“I am a pro-Black woman, who will continue to do what I can, where I can, when I can to support, empower, uplift, and validate my community and the individuals. I will never give heed to those who refuse to acknowledge the need or the purpose of the movement.”

So here’s the problem: Do you see anything in her Facebook post – anything at all – about anyone except black people? She wants to “support, empower, uplift and validate” her community. What about the rest of the kids in the Omaha Public Schools?