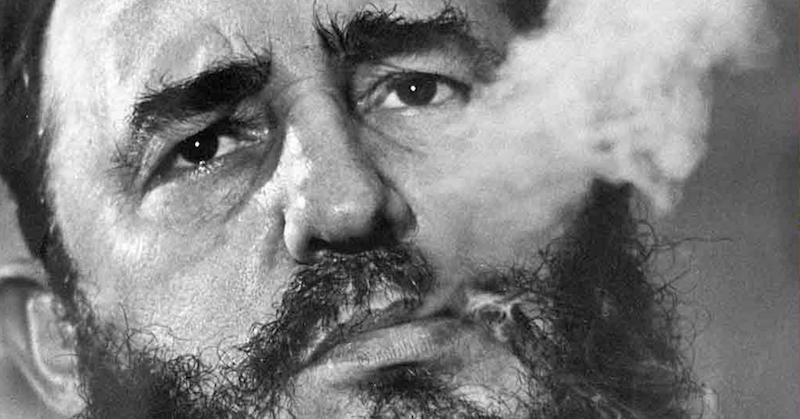 Black Lives Matter gets blamed for a lot of stuff they’re not directly responsible for.

Riots, lootings, even the murder of police officers are committed, and the thugs responsible may not be black, but they’ll express sympathy for the cause, or Tweet something in support of the movement, so sometimes us on the right will lay the blame right at their doorstep.

I’ll be the first to admit that’s not entirely fair all the time. Committing a crime in the name of a group does not necessarily mean the group is responsible for that person’s actions.

But this is different.

This is Black Lives Matter, the official organization, not only mourning the death of Communist dictator Fidel Castro, but praising him, sanctifying him, and holding him up as a beacon and almost a patron saint of their movement.

And that’s all on them.

On their official “medium” page, in a post titled “Lessons from Fidel: Black Lives Matter and the Transition of El Comandante,” the group eulogizes the murderous tyrant like only the most intellectually dishonest and repugnantly ignorant person could ever do.

The group feels an “overwhelming sense of loss, complicated by fear and anxiety.”

In the post, here is the one and only phrase that acknowledges the murderous rampage of this brutal despot: “Although no leader is without their flaws, we must push back against the rhetoric of the right and come to the defense of El Comandante.”

Flaws? Castro is responsible for displacing millions of dissidents who were forced to flee to Cuba. Castro was responsible for the deaths of thousands. He murdered his political opponents (hundreds within the first 90 days of his takeover). He kept his people isolated, banning travel, communication and free association.

Yet because he embraced communism and spouted nonsense about “social justice,” Black Lives Matter praises him as if he was Mother Theresa. For them, it was all about the “revolution.” Here’s just a sampling:

A final lesson is that to be a revolutionary, you must strive to live in integrity. As a Black network committed to transformation, we are particularly grateful to Fidel for holding Mama Assata Shakur, who continues to inspire us. We are thankful that he provided a home for Brother Michael Finney Ralph Goodwin, and Charles Hill, asylum to Brother Huey P. Newton, and sanctuary for so many other Black revolutionaries who were being persecuted by the American government during the Black Power era. We are indebted to Fidel for sending resources to Haiti following the 2010 earthquake and attempting to support Black people in New Orleans after Hurricane Katrina when our government left us to die on rooftops and in floodwaters. We are thankful that he provided a space where the traditional spiritual work of African people could flourish, regardless of his belief system.

As a note, Assata Shakur is a Black Panther cop killer and currently on the FBI’s “Ten Most Wanted” list. There is a $2 million reward for her capture. The rest of the “black revolutionaries” they speak of are also violent criminals.

Fidel’s work – sending “resources” to Haiti, or “attempting to support black people in New Orleans” were nothing more than propaganda ploys, designed to mock the United States, nothing more.

The real legacy of Castro is here, at the Cuba Archive, where they work to preserve the true legacy of Castro – a murderous totalitarian thug who is responsible for the bloodshed of thousands of his own people. You can read about Castro’s atrocities here as well.

If “Black Lives Matter” existed in Cuba, and was ridiculing political leaders and taunting police, they would be summarily rounded up, locked up and/or executed by Castro’s ubiquitous firing squads.

These are the true “Lessons from Fidel.” But Black Lives Matter won’t learn those lessons. They’ll embrace the singular worst tyrant of the Western Hemisphere because he parroted “social justice” while summarily oppressing his own people.

At the end of their eulogy, they write: “Fidel ascends to the realm of the ancestors, we summon his guidance, strength, and power as we recommit ourselves to the struggle for universal freedom. Fidel Vive!”