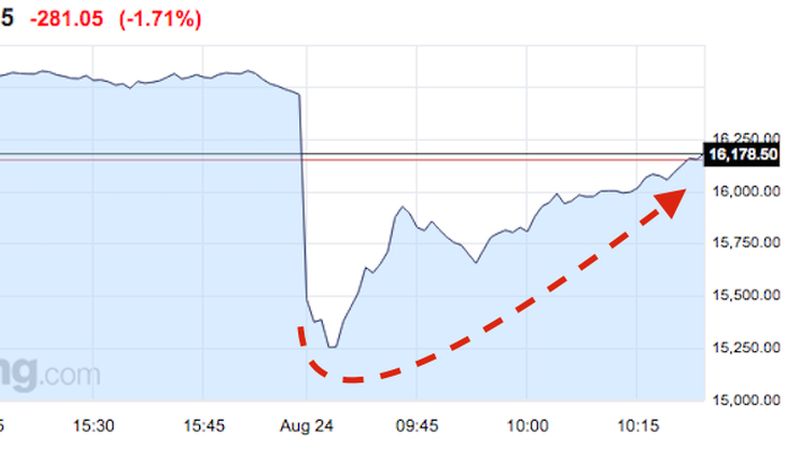 U.S. stocks plunged in early trading this morning, following a night of market crashes around the world. Last night, word began to circulate that U.S. futures were diving.

This morning, the Dow Jones industrial average fell more than 1000 points. The S&P 500 index dropped into a correction—which is characterized by a 10% or greater drop from recent highs.

What is being called Black Monday began in China, as the Shanghai Composite crashed 8.5% percent last night.

The carnage has spread acrossEurope

, with Germany’s DAX taking hard hits and every stock in Britain’sFTSE 100falling into the red. The

“fear index”(the CBOE Volatility Index) has spiked over 45% and commodity prices have fallen to their lowest levels since the turn of the century; ominous signs for the global economy.

Business Insider reports on the causes of the market meltdown:

The selling is being attributed to any number of things, including China’s slowdown, renewed uncertainty in Greece and the rest of the eurozone, the stronger dollar, the prospect of higher interest rates, stretched stock valuations, and the list goes on.

And while many have eyed China’s stock market as the main reason for this sell-off, last week we noted that analysts at Bank of America Merrill Lynch dubbed the prospect of the Fed raising rates as the “ultimate risk.”

But does this spell certain doom for the U.S. economy? As Bloomberg reports, such a dramatic drop has occurred 28 other times since 1980.

Here’s a chart that demonstrates what the market has done in the weeks following such drops. 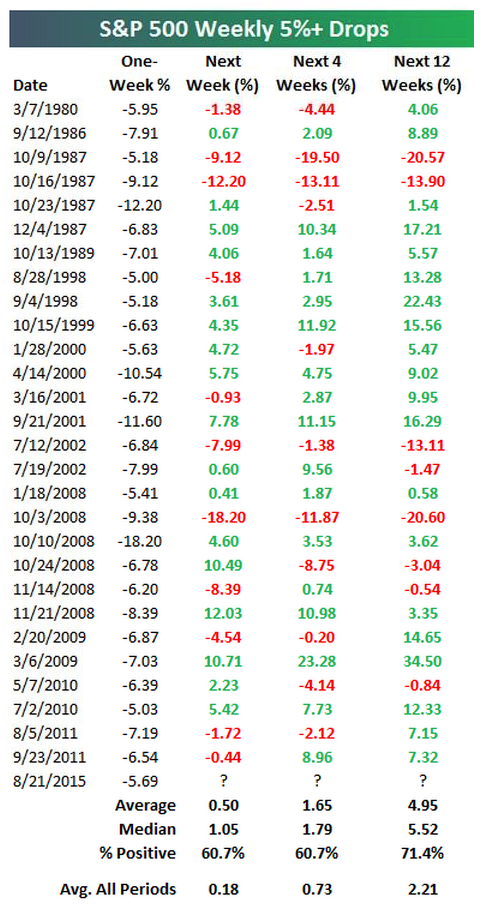 Brean Capital’s Peter Tchir tried to calm some of the panic. “This isn’t ‘The Big One’,” he wrote, “and while the worst may not be over, it is time to focus on adding risk rather than selling.”

While this may not be “the big one”, there are too many uncertainties for most to take comfort. The world now anxiously awaits the Federal Reserve’s next move.