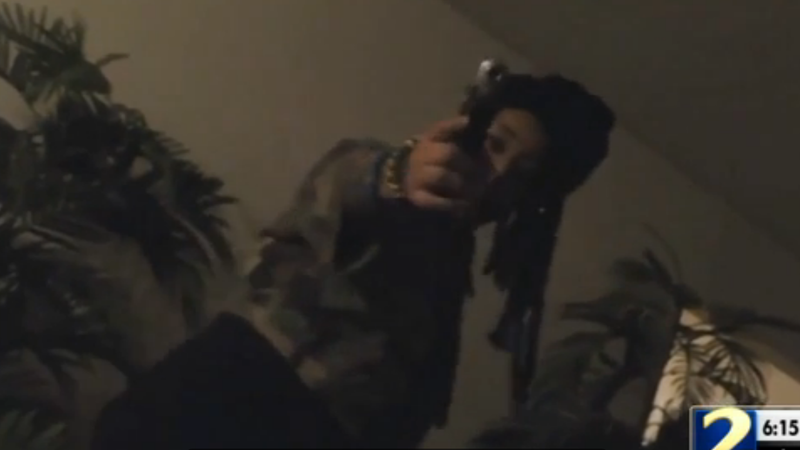 A psycho Black Lives Matter ‘activist’ created a Youtube video where she made a call to violence that crossed legal lines.

The cop-hater, who’s also reportedly an activist with the “F–” Yo” flag movement, was arrested on felony charges of making terroristic threats after she urged the murder of police officers, declared “open season” on whites, and pressed fellow activists to “take over” police stations.

The woman in the video, Latausha Nedd, who goes by the name Eye Empress Sekhmet, calls for a war on not only white people, but she advocates shooting police officers.

“I say let’s have a take a gun day, and start walking up on these untrained and stealing their weapons,” Nedd said.

Channel 2 Action News was the only news station there when Nedd was arrested.

Channel 2’s Tom Jones was there as officers removed her from her home. Jones said Nedd was watching Channel 2 Action News when she was arrested.

“She was watching your news broadcast,” Chief Michael Register with the Clayton County Police Department told Jones. “A lot of people talk on the Internet and on YouTube, but most people don’t make threats against segments of the community.”

In court, the judge read of the charges and allegations against Nedd. She is charged with criminal solicitation and terroristic threats, both felonies.

The crazy and highly profane woman specifically said, “arm up and gun up and kill these ****,” which sounds most definitely like she wants to kill cops. She also repeatedly stated it in her video many more times.

I’m thankful she’s behind bars as she should be, but the Black Panthers incite the same kind of violence and law enforcement is doing nothing about them.

This kind of mentality is becoming all too common in the U.S., and it needs to stop. There are good cops and there are bad, but they are ultimately here to protect us against people like her.