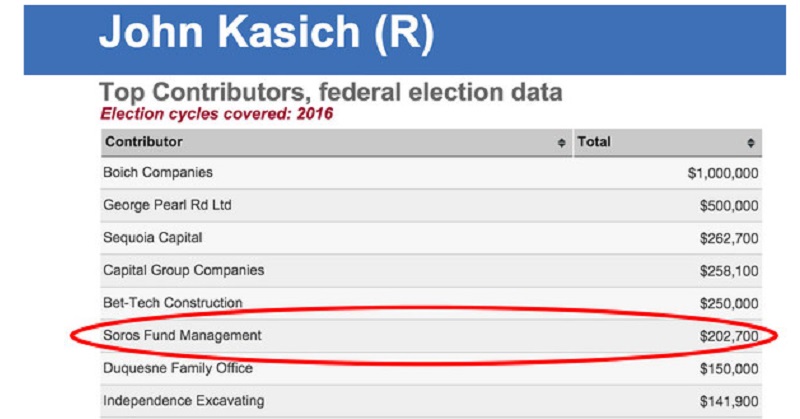 Because if you do that, you discover something interesting.

Conservative journalist Scottie Nell Hughes was the first to notice:

In the list of contributors to Kasich’s SuperPAC, Soros Fund Management is the sixth largest contributor with $202,700 in funds.

Soros is the leftist billionaire behind MoveOn.org, which is

largely responsiblefor the violent and angry protests against Donald Trump at his rallies.

Soros has spent most of his money on Hillary, donating $8 million to two pro-Hillary SuperPACs.

So why? Maybe Soros is hedging his bets and donating to the least offensive Republican candidate – as far as he is concerned.

When asked for comment, New Day for America downplayed the Soros connection.

“The contribution … was a personal contribution made by Scott Bessent, a longtime Republican donor. It did not come from George Soros or his company. In the 2016 cycle alone, Mr. Bessent has also contributed to Jeb Bush’s Super PAC (Right to Rise USA), Sen. Lindsey Graham and former Speaker John Boehner,” said Connie Wehrkamp, press secretary for New Day For America.

“Mr. Bessent has also donated to Marco Rubio, Mitt Romney, Carly Fiorina and Rand Paul in the past,” she added.

Perhaps, but Kasich is relatively unique in the Republican Party – especially among the presidential candidates for his relatively liberal positions. He angered conservatives when he accepted a Medicaid expansion under Obamacare, he has called building a border wall “just crazy” and often speaks of a path to citizenship for illegal aliens in the United States. 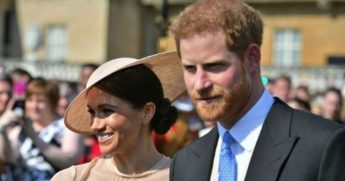