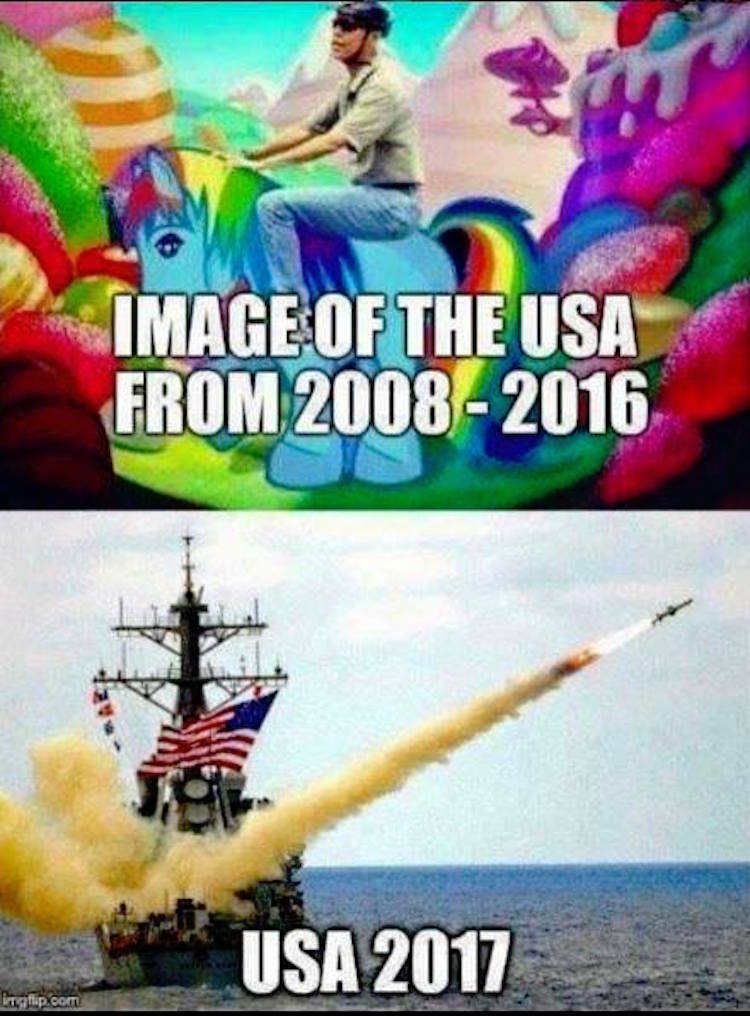 Even when he’s on foreign soil, he insists on insulting and degrading the office of the president.

While visiting the Montreal Board of Trade in Canada, Obama spoke to a crowd of 6,000, giving a vicious, coded critique of his successor.

He excoriated the rise of “extreme nationalism and xenophobia and the politics of ‘us-versus-them’,” a clear slap at Trump.

He used one of Donald Trump’s lines – about “alternative facts” against him, saying that in the 20 weeks since he left office, the nation has “suddenly devolved into a place ‘where we don’t just have disagreements based on our opinions, but now people are just disagreeing on facts.”

“And we’re in an environment where we are only accepting information that fits our opinions, instead of basing our opinions on the facts that we receive. And evidence and reason and logic,” he said

‘We have to sustain our alliances,” Obama said, The Daily Mail is reporting. We have to help other countries with their own development,’ he said, without explicitly mentioning Trump’s “Make America Great Again” philosophy.

The alternative, Obama suggested, would see anti-democratic forces swooping in to fill the voids left by globalist cooperation.

The result could be “intolerance and tribalism and organizing ourselves along ethnic lines,” he said.

“The disruptions that are happening globally are going to continue to accelerate,” Obama warned. “And what’s more, in an age of instance information, where TV and Twitter can feed us a steady stream of bad news – and sometimes fake news – it can seem like the international order that we’ve created is being constantly tested, and that the center may not hold.

“And in some cases that leads people to search for certainty and control, and they can call for isolationism or nationalism, or they can consider rolling back the rights of others, or simply they can try to retreat and suggest that we have no obligations beyond our borders, or beyond our communities, beyond our tribe.

“That what’s good for me and my immediate people is all that matters. Everybody else is on their own.”

The former president drew sustained rounds of applause from the leftist, friendly crowd.