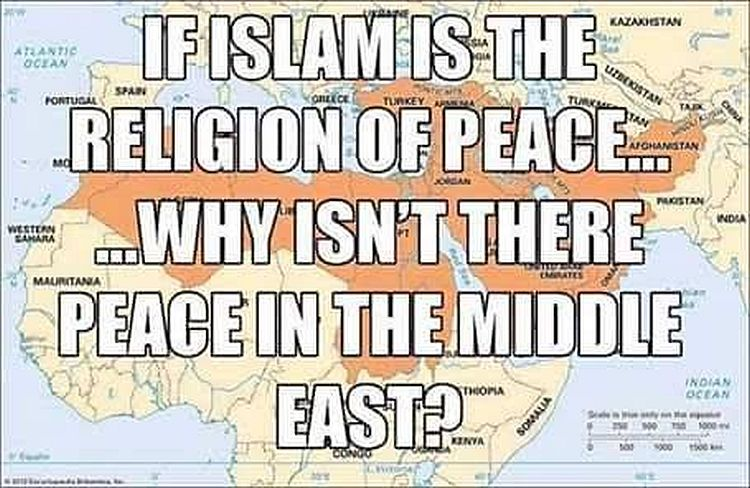 Regan Pifer asks: You know those people who talk all the time but say very little? If not, meet Linda Sarsour.

She regularly talks and has virtually no clue what she is talking about.

According to The Blaze:

On Saturday, demonstrators took to streets across the country in organized anti-Shariah law protests. Of course, they were met with counter protesters who called them racist and “Islamophobic.” But Sarsour spent the day replying to people on Twitter who derided Shariah law as a system of law that oppresses women and homosexuals — two groups of people Sarsour vows to defend.

“If you are going to show me what Islam says about homosexuality, be fair & show me what bible & Torah say. STOP obsession w/ Islam,” Sarsour tweeted Saturday afternoon.

The hilarity of this is that Sarsour always condemns people for their misunderstanding of the, Quran and yet she employs religious text that she knows nothing about.

Because, if she understood the Bible, she would know her example was off:

In Islam, homosexuality is punishable by death, according to Islamic holy texts. The Islamic State, Saudi Arabia and other radical Islamic groups regularly execute accused gay people by stoning them to death or by throwing them off the roof of tall buildings.

The Torah, which means “teaching” in Hebrew and includes the first five books of the Bible — Genesis, Exodus, Leviticus, Numbers and Deuteronomy — does, indeed, say in Leviticus chapter 18 that homosexuality is detestable and abhorrent. It also says in Leviticus chapter 20 that the penalty for homosexuality is death. But simply reading the verse that makes that statement and taking it as the Jewish or Christian perspective on homosexuality would be to grossly take the Scripture out of its context.

After reading Sarsour’s tweet, one responded, “Words vs Deeds. Being gay gets you chucked off buildings, then stoned under Sharia. Christianity- it means you might not get a cake baked.”