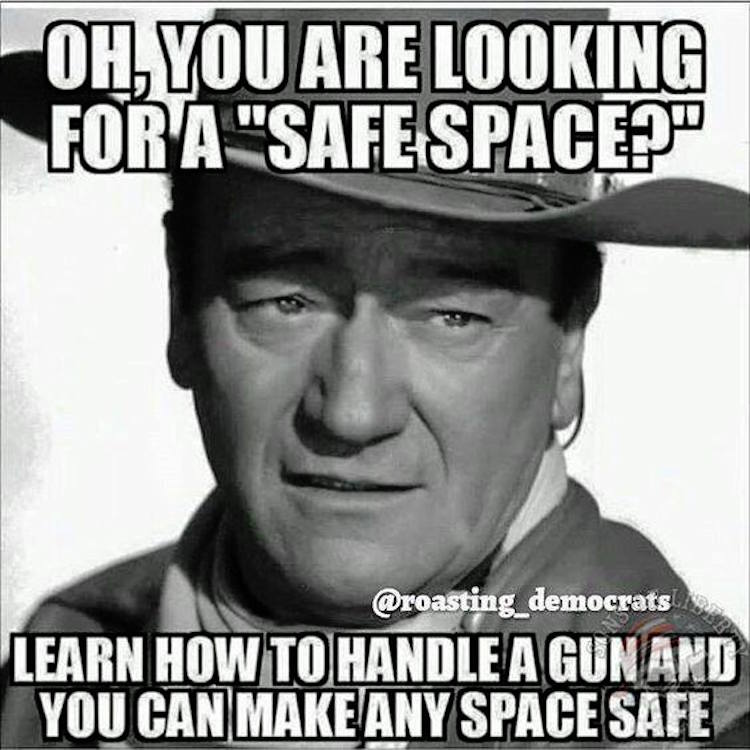 Kimberly Morin writes that the New York Times has long been a left-wing rag, but they truly show it in an editorial in which they don’t seem to grasp how stupid their love for gun control is after all these years.

They also can’t seem to handle that gun control is a failure, enabling criminals and terrorists to easily attack more victims. That’s just too much for their tiny pea brains to handle. As written at the NY Times:

When knife wielding terrorists struck in London this month, President Trump expressed odd satisfaction about one aspect of the carnage.

“Do you notice we are not having a gun debate right now?” he tweeted. “That’s because they used knives and a truck!”

As everyone knows, any time a firearm is used in a mass shooting or act of terrorism, all gun owners are blamed. The left instantly demands more gun control be put into place because of a criminal’s actions. There were no calls for knife control after the latest terrorist attack although Britain actually has efforts to get knives off the streets. Apparently there is a big increase in knife crimes in London:

[T]he government’s quarterly crime-statistics bulletin reported that knife crime in England and Wales had increased 11% on the previous year, while National Health Service data showed a 13% rise in hospital admissions for knife wounds. The report concludes that this increase reflects both an improvement in record-keeping and “an actual rise in knife crime”. “The warning lights are flashing,” said the previous Metropolitan police commissioner, Sir Bernard Hogan-Howe.

Most of the people who are murdered by terrorists tend to be adults. Adults who could carry and protect themselves with a firearm if they were allowed to, but in the U.K. they are not. The morons at the NY Times actually use the same outrageous left-wing anti-gunner BS about gun shows that ISIS uses (ISIS clearly learned their idiocy from the left):

This was reportedly in an ISIS magazine that tells followers how to get firearms in the U.S. Unfortunately for ISIS, the left is wrong about gun shows, as is the NY Times. And that’s where the NY Times really gets unhinged:

As the candidate of the National Rifle Association, however, Mr. Trump obviously prefers to discourage any debate in this country about the lethal role played by easily obtainable guns in the terrorist threat that preoccupies him.

These people are so consumed with ignorance and their hatred for gun owners that they cannot grasp the truth about gun control.

Americans use firearms in self-defense an estimated 2.5 million times a year. An Obama administration CDC report revealed that:

The Institute of Medicine and the National Research Council released the results of their research through the CDC last month. Researchers compiled data from previous studies in order to guide future research on gun violence, noting that “almost all national survey estimates indicate that defensive gun uses by victims are at least as common as offensive uses by criminals, with estimates of annual uses ranging from about 500,000 to more than 3 million per year.”

If you live in the U.K., you don’t have the same ability to protect yourself. As we’ve seen, criminals in Europe will either illegally get firearms or they will resort to vehicles, knives, and bombs to kill as many people as possible.

If only the New York Times editorial board wasn’t so consumed with stupid, they’d grasp that gun control enables criminals while leaving victims helpless to defend themselves.