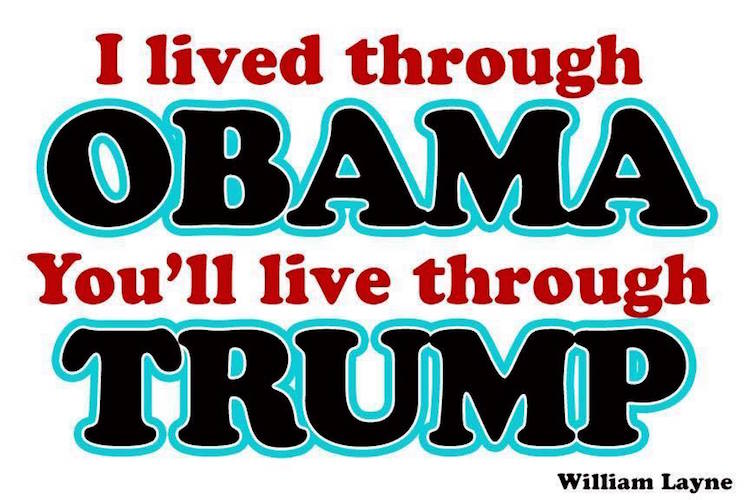 Kimberly Morin writes that the left is continually screaming that Donald Trump somehow obstructed justice when it comes to the Russia investigations. Of course, they never actually prove that he’s obstructed justice, but they continue to yell about it anyway.

What’s truly ironic is that the left ignored the actual obstruction of justice that Barack Obama participated in during his failed reign in the White House. For some reason, Obama obstructing justice is quite alright with them.

Gosh, I wonder why?

The George Zimmerman Prosecution. While the Attorney General was investigating the Zimmerman shooting of Trayvon Martin, President Obama stated, “I’m the head of the executive branch, and the attorney general reports to me, so I’ve got to be careful about my statements to make sure that we’re not impairing any investigation that’s taking place right now.” But then Obama went on to impair that investigation: “When I think about this boy, I think about my own kids. And I think every parent in America should be able to understand why it is absolutely imperative that we investigate every aspect of this…If I had a son, he’d look like Trayvon.” The DOJ promptly deployed its Community Relations Service to Sanford, Florida, to expend thousands of taxpayer dollars facilitating marches, demonstrations, and rallies. The DOJ would go on to set up a tip line for people to call in with stories of Zimmerman’s racism, and Obama would later suggest that Zimmerman was a racist. He concluded, “if a white male teen was involved in the same kind of scenario…from top to bottom, both the outcome and the aftermath might have been different.”

Protecting The New Black Panthers. When the New Black Panthers wielded billy clubs outside of a voting place in Philadelphia, the DOJ stopped any investigation. As J. Christian Adams, then a Justice Department lawyer, wrote, “I believe the dismissal of the Black Panther case was motivated by a lawless hostility toward equal enforcement of the law.” NBPP head Malik Shabazz later admitted that the Obama administration “owed us…favors” because of their help in the election.

The Firing Of AmeriCorps Inspector General Gerald Walpin. On June 12, 2009, Obama fired Walpin. Walpin had been appointed by President Bush in 2007, and stepped on the toes of one of Obama’s friends, Sacramento Mayor Kevin Johnson. In April 2008, Walpin took charge of an investigation into allegations that a California nonprofit headed by Johnson had received a grant of $850,000, which was diverted for nefarious purposes, and that AmeriCorps staff had been used to recruit for Johnson’s charity. Walpin recommended suspension of Johnson from AmeriCorps. Walpin refused to lift the suspension. So the US attorney’s office, led by Lawrence Brown, decided to go around Walpin and lift the suspension after allowing Johnson to pay a fine. Walpin wrote a report to congress. Less than two months later, Norman Eisen, special counsel to the president for ethics and government reform, allegedly called Walpin and told him, “The president wants me to tell you that he really appreciates your service, but it’s time to move on.” The Wall Street Journal reported, “the evidence suggests that [Obama’s] White House fired a public official who refused to roll over to protect a Presidential crony.” An investigation from Senator Charles Grassley (R-IA) and Representative Darrell Issa (R-CA) found that Walpin had uncovered alleged sexual misconduct by Johnson.

Obama’s Interference In Navy Court-Martials. Obama said he wanted alleged victims of sexual assault in the military to be “prosecuted, stripped of their positions, court-martialed, fired, dishonorably discharged.” The problem: Obama is head of the military courts. In June 2013, Navy Judge Commander Marcus Fulton issued a ruling suggesting that Obama’s language could lead to the exculpation of sexual offenders, since “A member of the public would not hear the President’s statement to be a simple admonition to hold members accountable.”

Fast and Furious. Just last week, the House Oversight Committee released a 300 page report with a brutal take-down of Eric Holder. The report states, “More than five years after Brian’s murder, the Terry family still wonders about key details of Operation Fast and Furious. The Justice Department’s obstruction of Congress’s investigation contributed to the Terry family’s inability to find answers.” Holder said he didn’t know anything about Fast and Furious before Brian Terry’s killing. But the report says that the Justice Department knew full well about the program. Holder ended up being held in contempt of Congress.

Hillary’s Obstruction. According to Andrew McCarthy, Hillary Clinton “attempted to destroy about 30 emails related to the 2012 Benghazi massacre…. Obviously, these emails were kept from the congressional committees that investigated the Benghazi massacre.” This violates another obstruction provision governing the destruction of government documents pertinent to an investigation. The Obama administration, McCarthy points out, knew about the missing documents for months. Obama himself said of Hillary, “She would never intentionally put America in any kind of jeopardy.” And his attorney general, according to former FBI director James Comey, pressured him to downplay the Hillary investigation.

The Michael Brown Case. Just as with the Zimmerman case, Obama sounded off early and often on the Brown case, and deployed federal resources in an effort to smear Officer Darren Wilson. After Brown’s death, amid riots in Ferguson, Missouri, Obama stated, “The death of Michael Brown is heartbreaking, and Michelle and I send our deepest condolences to his family and his community at this very difficult time. As Attorney General Holder has indicated the Department of Justice is investigating the situation along with the local officials, and they will continue to direct resources to the case as needed.” Before the grand jury verdict on Darren Wilson was released, Obama said, “the African American community is not just making this up.”

These are just a few times Obama could be accused of obstruction of justice. Yet the left ignores all of these (there’s more at The Daily Wire) and continues to claim Trump somehow obstructed justice even with no proof.

The hypocrisy from the left in Trump’s very short tenure is the loudest and biggest elephant in the room. Yet you hear crickets from the media.

The media ignored Obama’s horrific behavior for eight years, yet they now try to play up the left’s accusations against Trump.

Just another day in the U.S. where the media has become nothing but propaganda pimps for Democrats.