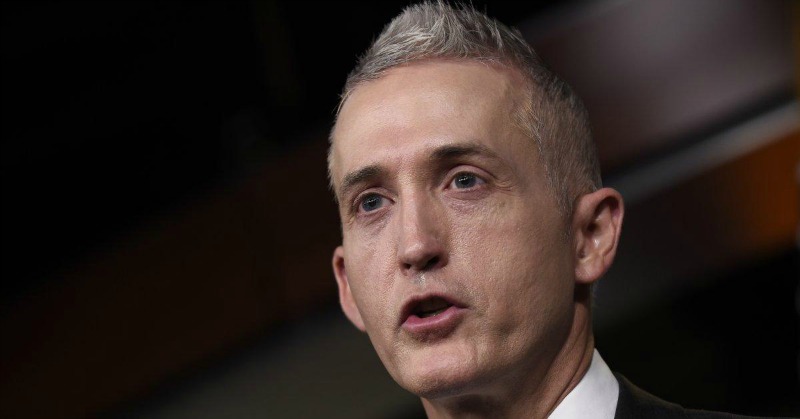 Congressman Trey Gowdy has a history of going after liberals and their lies in a way that is reminiscent of a rabid dog with a steak.

In a new video, he absolutely OBLITERATES Second Amendment restrictions for those on the No-Fly List.

A recent proposal to take away the gun right of those on the No-Fly List has met some vicious backlash from conservatives who believe it’s a blatant violation of the Constitution.

This issue has caught the attention of Trey Gowdy, who grilled the DHS official on the right to due process. The video is absolutely priceless.

Grab your popcorn, strap in and enjoy:

“What process is afforded a United States citizen before that person’s Constitutional right is infringed. That [The President] is fine with doing it with the Second Amendment.

My question is, how about the First? How about we not let them set up a website, or a Google account?

How about we not let them join a church until they petition Government to get off the list? How about not get a lawyer? How about the 6th amendment?

How about you can’t get a lawyer until you petition the government to get off the list? Or my favorite, how about the 8th amendment?

We’re going to subject you to cruel and unusual punishment until you petition the government to get off the list?

Is there another Constitutional right that we treat the same way for American citizens than we do the Second Amendment? Can you think of one?”

The No-Fly List itself is a violation of Constitutional rights all by itself, but to use that illegal list as a way to snatch other rights away from the people is abhorrent and sets a dangerous precedent for the future.

Do you agree with Gowdy? Let us know in the comments!