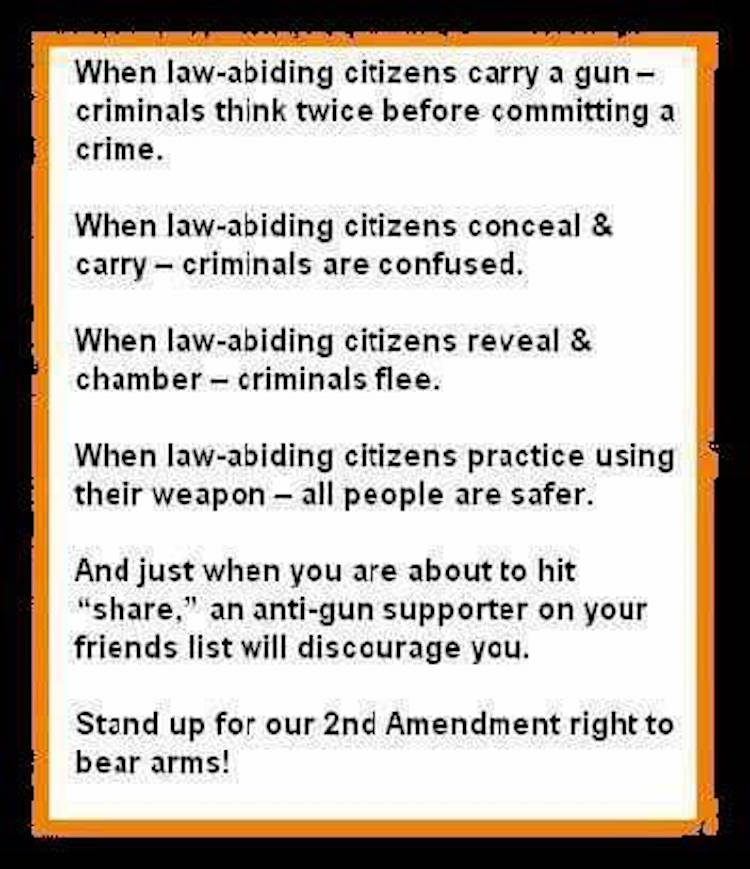 Flashback from Steve Straub: Switzerland has the lowest crime rate in the world, because the people are armed, military service is mandatory for men, and they are required to keep their weapon at home. A criminal will think twice about breaking into peoples homes knowing he might run into an armed occupant.

The key to freedom is to be able to have the ability to defend yourself & if you don’t have the tools to do that, then you’re going to be at the mercy of whomever wants to put you away.

Guns are deeply rooted within Swiss culture – but the gun crime rate is so low that statistics are not even kept.

The country has a population of six million, but there are estimated to be at least two million publicly-owned firearms, including about 600,000 automatic rifles and 500,000 pistols.

This is in a very large part due to Switzerland’s unique system of national defense, developed over the centuries.

Instead of a standing, full-time army, the country requires every man to undergo some form of military training for a few days or weeks a year throughout most of their lives.

Between the ages of 21 and 32 men serve as front line troops. They are given an M-57 assault rifle and 24 rounds of ammunition which they are required to keep at home.

Once discharged, men serve in the Swiss equivalent of the US National Guard, but still have to train occasionally and are given bolt rifles. Women do not have to own firearms, but are encouraged to.

Do you think if every American was armed violent crime would go down?