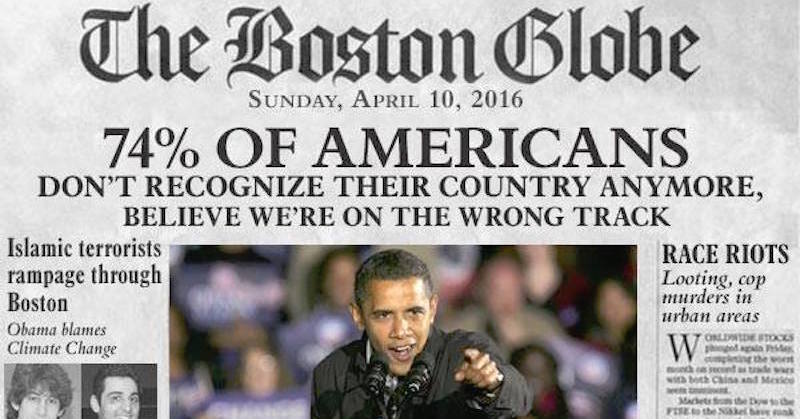 The mainstream media went bananas when The Boston Globe published a mock front page as part of a scathing editorial fantasizing about all the disasters that will befall this country should we see a President Donald Trump.

It was a cute way of getting their point across … yes, the Globe hates Trump. Big surprise. Their fake “headlines” read “DEPORTATIONS TO BEGIN” and “MARKETS SINK” and “NEW LIBEL LAW TARGETS ‘ABSOLUTE SCUM’ IN PRESS” and, my personal favorite: “US SOLDIERS REFUSE ORDERS TO KILL ISIS FAMILIES.” 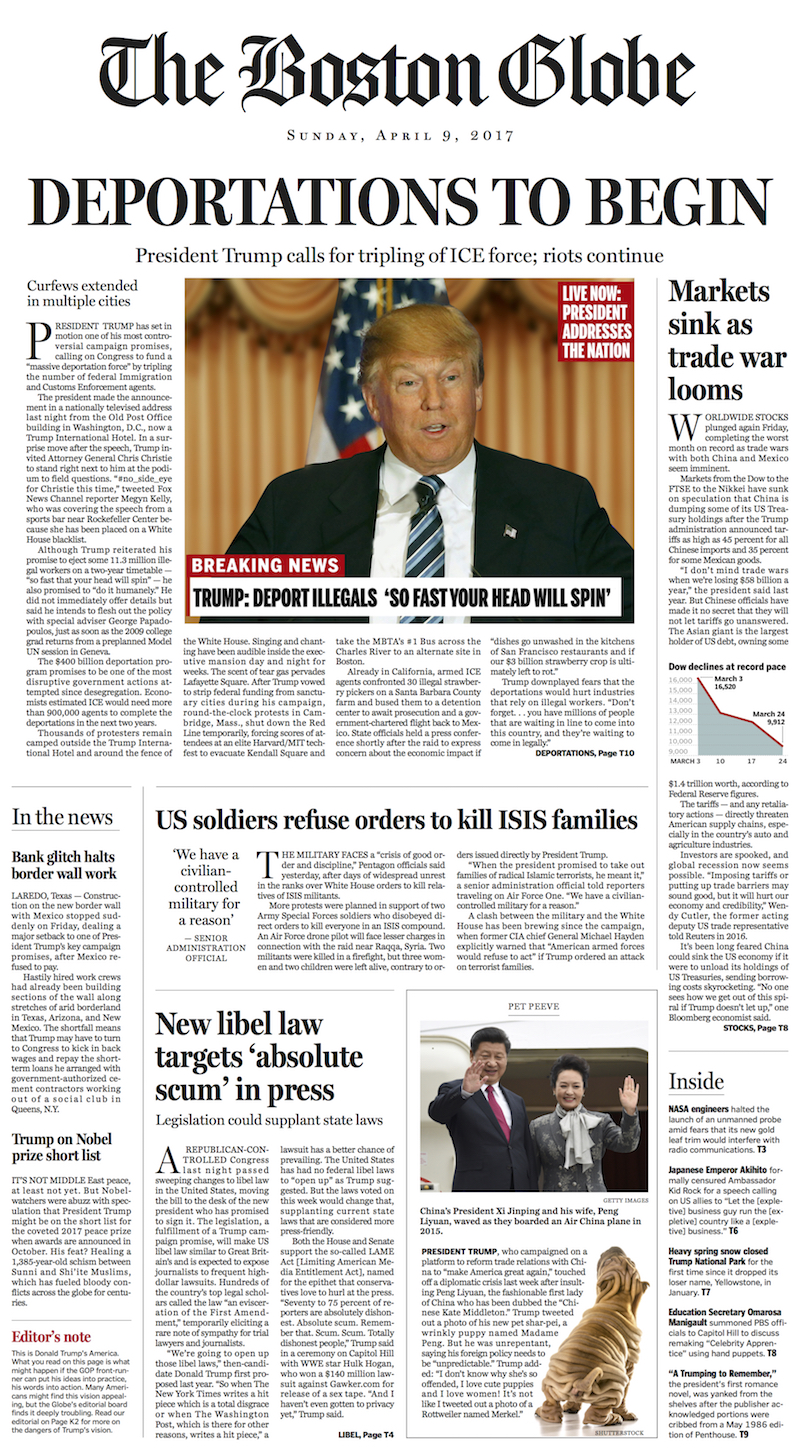 The mock front page had stories to go along with the headlines that must have been fun as hell for the liberal reporters to write.

It’s creative, I suppose, but our friends at the awesome ThePeoplesCube have responded with a mock front page that targets America – not in a year under President Trump – but today – under President Obama –and it shows how the media is ignoring real problems for the sake of fictional problems. 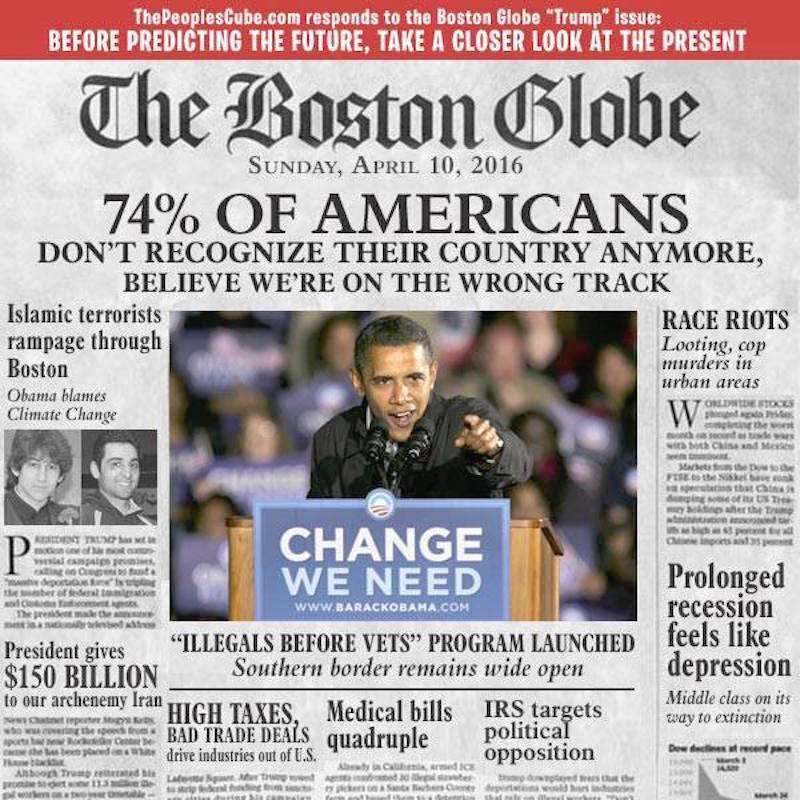 Here are some of their headlines:

The top banner on the fake front page reads “ThePeople’s Cube response to the Boston Globe ‘Trump’ issue: BEFORE PREDICTING THE FUTURE, TAKE A CLOSER LOOK AT THE PRESENT.”

The best part is those headlines aren’t fictional, unlike the Globe’s “front page.” They’re facts, but not the facts that the mainstream media want you to pay attention to.