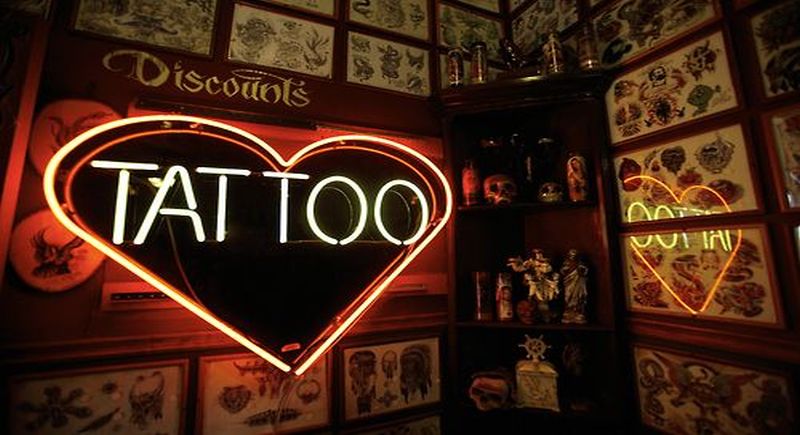 What happens when a bratty and entitled feminist accuses an experienced tattoo artist of “sexism” for not catering to her every ridiculous demand, and then tries to call him out online?

Answer: One of the most brutal smackdowns of the absurd PC subculture in recent memory.

This is a story you really have to read to believe.

A Jezebel blogger pitched an online fit after a tattoo artist denied her request for a neck tattoo. Her post, titled in Jezebel’s oh-so-winsome style, “Don’t Tell Me I Can’t Get a F**king Neck Tattoo” (edited since this is a family blog), relates the sad tale. She wanted to get a tattoo of her daughter’s name on her neck, had been warned that some tattoo artists might not like to do that, but pressed on to “hipster-est tattoo parlor in New York City” anyway. The following exchange took place between Jane Marie (the blogger) and Dan (the tattoo artist):

Dan: “And then you want your daughter’s name… on your neck?” Shakes head left to right.

Me: “Wait, you’re telling me what will look tacky on me? Don’t I get to decide that?”

Dan: “A neck tattoo on someone without a lot of tattoos is like lighting a birthday candle on an unbaked cake.”

Stunning analogy, right? I wonder: Does Dan know what an analogy even is? And then suddenly I’m fighting back tears because, as Dan has already correctly assessed, I’m just a feeble-minded, hysterical girl. And then I ask the next thing that pops into my head.

Fighting back tears over a denied neck tattoo? Yes, you are hysterical. Racing immediately to the sexism as the reason for your frustration? Yes, you do write for Jezebel. …

Then she wrote her post, where she shamed the tattoo artist and the tattoo parlor by name and attached mocking photos of examples of his work.

Profane mockery combined with identity politics is exactly the way the Left so often gets what it wants. … 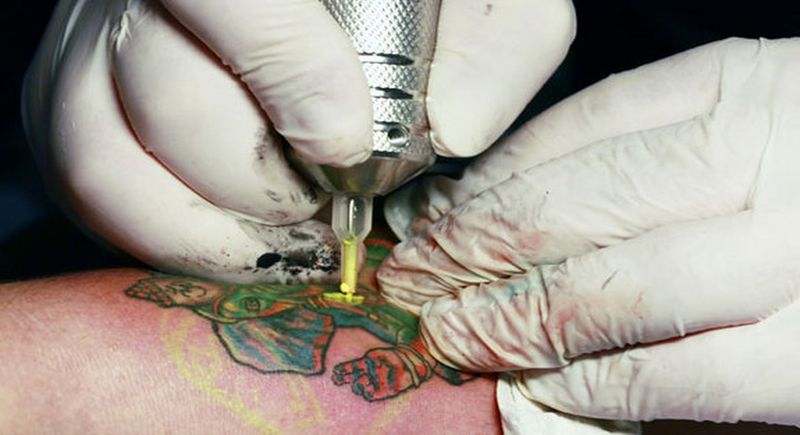 But the best part of the story isn’t the bratty feminist’s public temper tantrum, or her pathetic attempts to shame the tattoo artist and his place of business online.

The best part is how the tattoo artist responded to the entire incident.

…I found this response from Inked: “No, You Can’t Get A F**king Neck Tattoo, Jane Marie.” Tattoo artists are artists, and they don’t like to be told what to do:

Chief among our traditions is that quality tattoo artists are the custodians of the craft. What they say goes. Also, how dare she admonish him for refusing the tattoo on any grounds? A tattoo is a collaborative effort between the artist and the wearer, if the artist doesn’t want to take on a piece then he or she needn’t feel pressured. Tattoos are in a sense fashion. Cut-rate tailors will alter any dress to please a client but couture designers have the right to refuse clients whose wishes don’t work with their aesthetic and don’t want their name on the outcome. There is a saying that a tattoo artist is only as good as the latest piece in their portfolio and so if Bythewood had accepted the tattoo, Marie’s piece would be in his record.

Yes, exactly. And it also turns out that tattoo artists care about the people they ink. “Dan” — the targeted tattoo artist — wrote explained in his own words:

As all tattooers know, a neck or hand tattoo is a big commitment, and traditionally are reserved for those heavily covered and ready to confront society on a daily basis as a heavily tattooed person. Although tattoos are more accepted now than ever, we are still judged daily for our appearance. A hand or neck tattoo may mean the difference between that next job or promotion, and also may spur daily judgmental looks and harassing comments from strangers as many of my friends have experienced. It’s not a thing to be taken lightly and I long ago drew an ethical line in the sand for myself as professional tattooer to turn down “job stoppers” on those who are not already committed to living as a heavily tattooed person. If I was to make the decision again today, I would still say no. I hope for her sake she does not get judged as harshly for her new neck tattoo as she judged myself and the staff of New York Adorned upon walking into our shop.

And I absolutely love his closing:

I take my craft seriously. I take the time-honored traditions of tattooing seriously. Traditions and respect that we are losing daily to a new petulant culture screaming “gimme now!” and treating tattooers with the same disrespect they wrongly just waged at the last Starbucks barista who made their latte. I won’t be part of it and I refuse to support it. In the end, just know this “SeeJaneMarie”: Tattooing is my tribe. We will allow you to be a tourist, we will even welcome you to join, but don’t be surprised that in 2015 there are still some things that cannot be bought, just earned.

That’s how it’s done. Respond forcefully, lead with your principles, and never, ever yield to a temper tantrum. …

Glad someone finally had the guts to stand up to these leftist goons and their cowardly intimidation tactics.

What do you think of this story? Be sure to let us know by sounding off in the comments below!